Shock pricing on the cards for the Renault Duster

Sources in Renault India tell IndianAutosBlog.com that the company is banking its hopes on the Duster to create a sales spike in India. 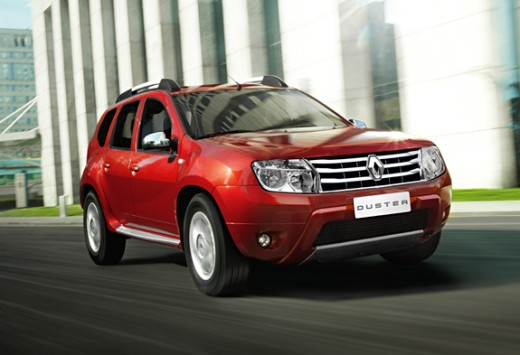 Since its re-entry into India with the Fluence, Koleos and Pulse sold through its own dealer network, the company has received a lukewarm response to its products.

Having launched 3/5 products promised by the end of 2012, the fourth is the most important of them all - a car in a segment that is virgin and with no serious competition in sight. To raise volumes and to get more customers to drive its cars, the Duster is hugely important. To ensure its chances of success are high, the company is said to be planning a shock pricing strategy similar the route Nissan took with the Sunny, or Maruti took with the Ertiga which has used up all the pages of Maruti's order book.

This translates into an introductory starting price of under 6 lakhs for the petrol variant and a little over 7 lakhs for the diesel variant. Sounds good?

Production of the Duster is expected to begin at the Oragadam plant in Chennai during July and cars may begin arriving at dealerships in August. Unlike the European Duster, the Indian model will feature the Sunny's 1.5-liter petrol engine alongside the quintessential 1.5-liter DCI diesel engine.

Exports to the UK will begin later this year as Dacia has announced that the Duster will be sold there starting from January 2013.