Renault showcased a design study based on the Duster called the Renault DCross at the Sao Paulo Motor Show last month. 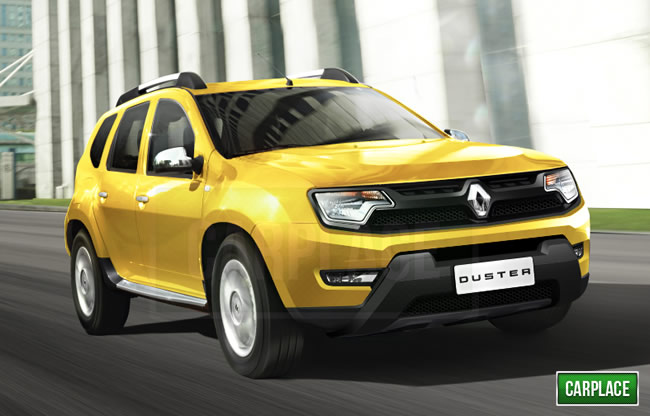 We brought you a rendering of the Duster carrying the headlamps of the DCross concept. Now here is a comprehensive rendering of the Renault Duster facelift by Renato Aspromonte of CarPlace Brazil that is expected to hit the market in 2014.

Let's start with the stylish headlamps, the new shape bumps up the aggressiveness of the face a fair bit. Gone are the average looking chrome plated grill of the current car, the new front grill looks sophisticated and in line with the French car maker's new design language.

The rear could get bigger tail lamps like the ones debuted on the DCross concept. There is no change expected elsewhere on the exterior.

The interior could have nips and tucks in terms of layout to improve functionality. For example, the multi function touchscreen display which is now placed low in the center console could be moved to the top of the dashboard for better access. Renault India designed and developed new seats and a dashboard within a stiff cost framework which could be used either fully or partly by future Duster programs worldwide.

The Duster facelift will arrive sometime in 2014 to keep the model fresh especially in the company of many proposed compact crossover SUVs.