The hatchback version of the Proton Preve has been christened as the Proton Suprima S. 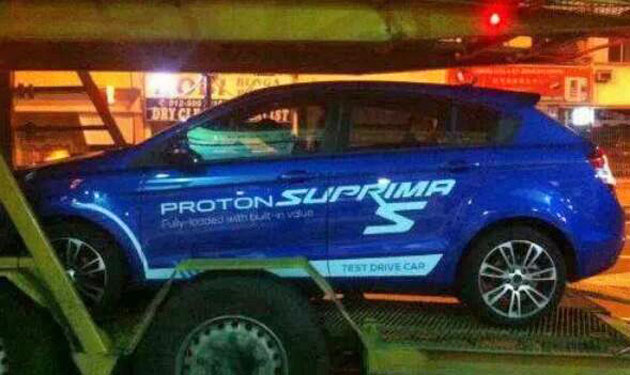 Paultan.org has clicked pictures of a dealer test drive vehicle with decals reading Suprima S. It's to be noted that Proton has registered a trademark under the name Surprima earlier this year. The car has been spotted testing extensively on the Malaysian roads lately.

The C-Segment 5-door hatchback is being targeted at the international markets as well. The Suprima S will borrow all its running gear from its sedan sibling to compete with the likes of the Ford Focus and Chevrolet Cruze hatchbacks.

The Preve is powered by a 1.5 litre petrol engine that is available in two states of tune - 107bhp and 138bhp. The entry level model is equipped with a 5-speed manual transmission while the mid variant makes do with a 6-speed stepped CVT. The top of the line variant gets a 7-speed CVT.

The Proton Suprima S carries forward the design of the Preve from front all the way to the B-Pillar like most of hatchback spin-offs. The car appears generously proportioned and hence should be spacious.

The Proton Suprima S is expected to be launched in Malaysia anytime now given that demo cars have been sighted.