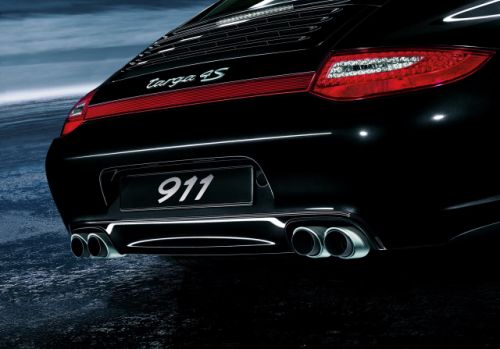 Porsche has just announced that it will offer a new sport exhaust system for the Carrera and Targa models that will give drivers the ability to make their Porsche louder at the push of a button.

A button to control the loudness of the Exhaust !

Depending on the driver's mood, the car can be made louder or silent. With main silencers made from modified stainless steel, the sports exhaust system’s unique design stands out. The system utilizes exhaust flaps on the main silencers which are turned on via the engine’s electronic control system and switches to a more sporting sound when the driver activates the sound mode.

The sound is contingent on the engine load, Speed and RPM. When the driver pushes the button to switch the exhuast into sport mode, it opens the flaps and lets more sound out.These flaps work the same way as a trumpet does! Makes the car louder!

When the driver completes his aggressive driving and gets bored of the noise, he can simply push the same button to make the silent so that he can then carry on with a soothing ride back home.

Pricing of the system in Europe is €1,915 (Rs 1.2Lakhs), and it will be available as an option on all Carrera and Targa 4 models beginning in February.