The important member of the 'Dream Car' portfolio gets a mid-life refresh.

MotorOctane has carried photographs of the Mercedes CLS Class facelift shot at the carmaker's plant in Chakan, Maharashtra. The Indian launch is expected to unfold shortly.

The CLS facelift debuted internationally in June 2014, and had its first motorshow outing at the Moscow International Motor Show in August.

The four-door coupe gets new headlights with the option of Multibeam LED headlights (regular LED lights are standard), a diamond grille similar to the A Class, and a sportier front bumper. The rear of the CLS remains unchanged save for gentle reprofiling of the taillamps.

Changes to the cabin include a new three-spoke steering wheel and a new 8-inch display. The center panel has fewer buttons, and the interiors can be had in one of five colors and six trim finishes and grades of leather.

The new diesel variant reported by MotorOctane to be available in India is CLS 250 CDI, that comes with 204 hp and 500 Nm of torque, while the currently available CLS 350 CDI with 258 hp and 620 Nm of torque is likely to continue unchanged. Both variants use the same V6 engine.

The petrol range introduces the CLS 400 (that replaces the locally offered CLS 350) which now gets a turbocharged 3.5-liter engine that produces a higher 333 hp and 480 Nm. Note that all outputs specified are of the international spec. 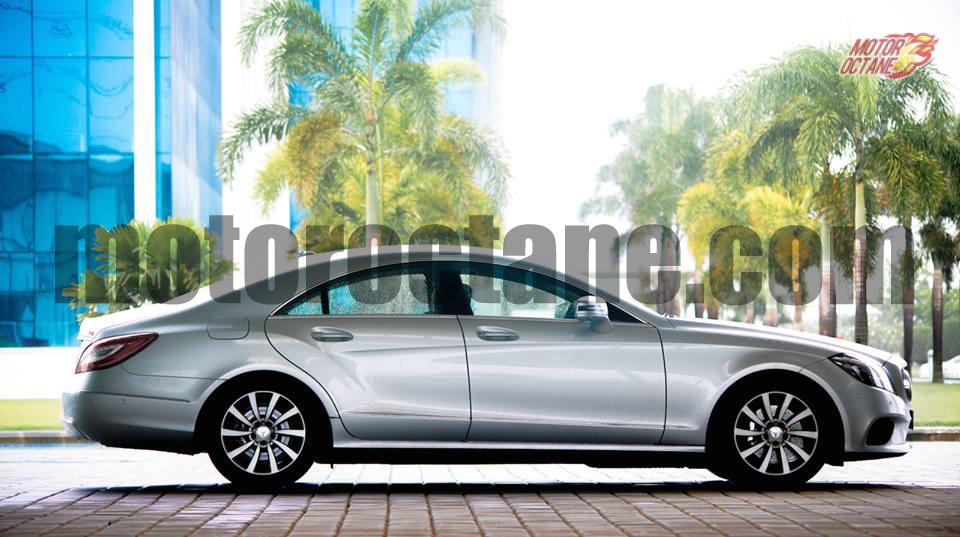 Though the 9G-Tronic 9-speed automatic gearbox was also launched on the facelift, it is not available on the variants that are to be sold in India. Hence expect the CLS to continue with the same 7-speed dual clutch transmission, and launch through the CBU channel.