We all know that the Maruti SX4 facelift is being worked upon, in what is a last attempt by the company to get the sales up and running. 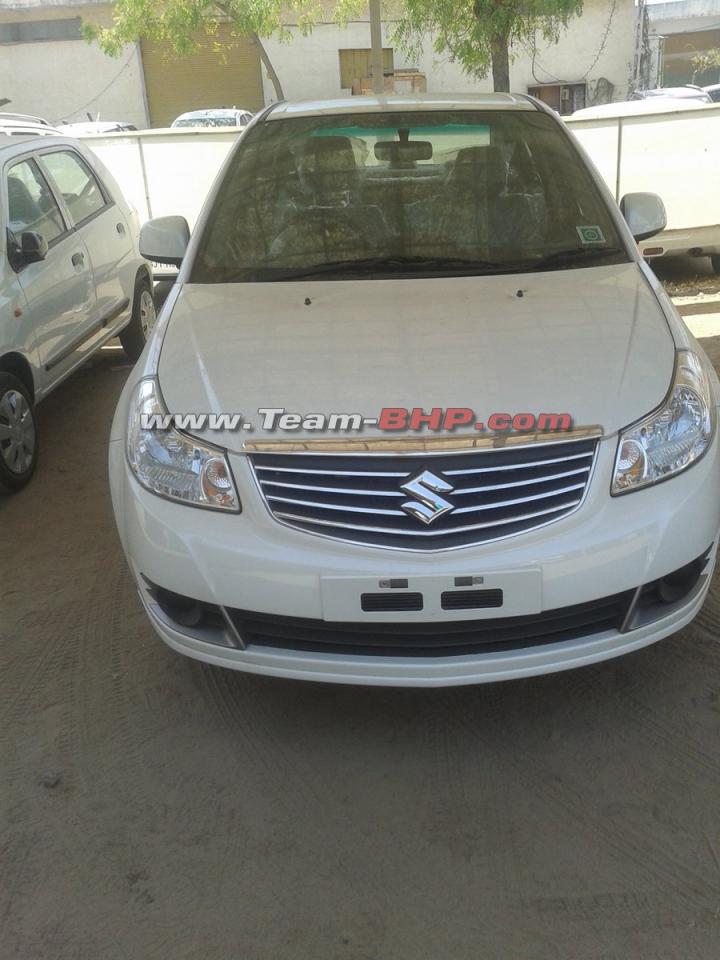 The sedan has been clocking very small numbers and even the introduction of diesel engine didn't alter the worrisome status quo much. Maruti is hoping that a minor facelift operation would yield some results.

Here is a clear image of the facelifted model taken by Team-bhp.com forum member named "Rockporiom". The location seems to be a dealership suggesting that Maruti has already started sending cars to the showrooms. So expect an impending launch.

There is nothing different in the facelift except for the front grill and bumper. The grill is a tad bigger than that of the outgoing model and gets a generous treatment of chrome. The largely unchanged interior sports dual tone black and beige interiors.

There are reports that the high-end SX4 will come equipped with a Garmin GPS navigation device. There could be a new and improved audio system as well.

Under the hood, the SX4 would continue to use the same 105 PS 1.6 litre VVT petrol and 1.3 litre 90 PS DDIS diesel engine. Both the engines come with a 5 speed manual gearbox while the petrol variant has an option of a 4-speed automatic.

Suzuki has just unveiled the next generation SX4 Crossover at the Geneva Motor Show which would eventually spawn a sedan variant. Will the facelifted Maruti SX4 manage to keep its head above the waters till the new car arrives?