Is this what the Maruti Suzuki R3 would look like?

The R3 has been doing its test rounds in the northern parts of India for the last few months. We have many spyshots in our archives. We also have our very own rendering to predict what the MPV might look like.

We are also told that the R3 will use a different name on the market. 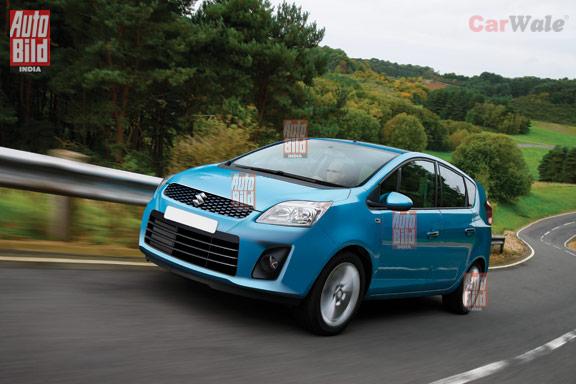 Now Carwale/AutoBild has presented their own rendering of the R3. Their rendering shows that the R3 will have a familiar face like the Swift or the Ritz. The rendering shows a familiar honeycomb grill and a steeply raked bonnet. The R3 concept presented at the Delhi Auto Expo 2010 had suicide doors but the production version will have conventional ones.

On the inside, we know for sure that the dashboard and many soft components are taken from the current Swift. Carwale is speculating that the R3 will get electric ORVMs, climate control, steering mounted controls, ABS and airbags as well.

The R3 will be available in petrol as well as diesel variants. The petrol will be the 4-cylinder K-series engine and the diesel would don 1.3-litre DDiS engine. Maruti is expected to price the R3 between 5-7 lakh rupees.

Will the R3 work for Maruti Suzuki?