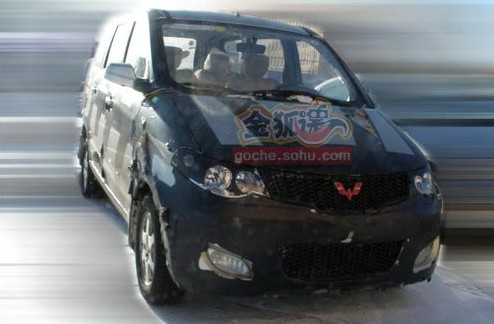 The Chinese SAIC van could be the Maruti Eeco slayer

While GM is busy working out how it will sell SAIC's commercial vehicles in India under an entirely new setup, the Chinese company is performing harsh testing on products that will land in India next year. Spotted here is the CN100 MPV being put through its paces on ice.

The Chinese MPVs will be sold under a new brand in India. GM will produce the vans and trucks in its Talegaon plant.  The engines will also be manufactured locally. The final price is expected to be very competitive to some of the Tatas, Mahindras and Marutis.

GM could price the CN100 close to the recently launched Maruti Eeco. Around 2.8 lakh rupees for the base model sounds like a bargain for such a big vehicle which looks better from all angles. We also expect GM to introduce a new line of diesel engines for the SAIC vans.