Hyundai i30 scores a perfect 5 at the EuroNCAP crash test 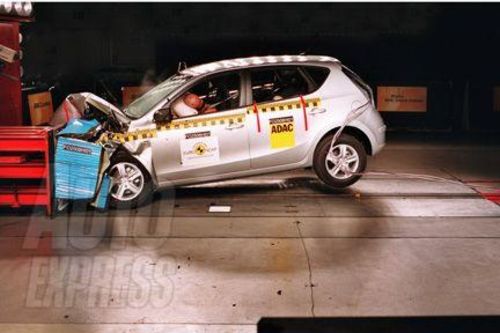 First the Kappa engine and then this. Hyundai is in the news for all the right reasons. Hyundai has been thriving to make safe cars and the crash test results of their i30 hatch at the EuroNCAP crash tests talk volumes of the research and engineering that has gone into making it. The Korean maker’s i30 has earned Euro NCAP’s top score for adult occupant protection – but only after its second attempt, but then, 5 stars is 5 stars.

In its preceding attempt, Hyundai was given 4 stars. The disappointed Koreans labored on portions where the failed and the consequence was a impeccably safe vehicle. With this verdict, it can be said that Hyundai is not just another small car manufacturer. It's now among the established European brands, something which Hyundai has been striving to do for more than one decade now.