Hyundai i20 India Price and Specification 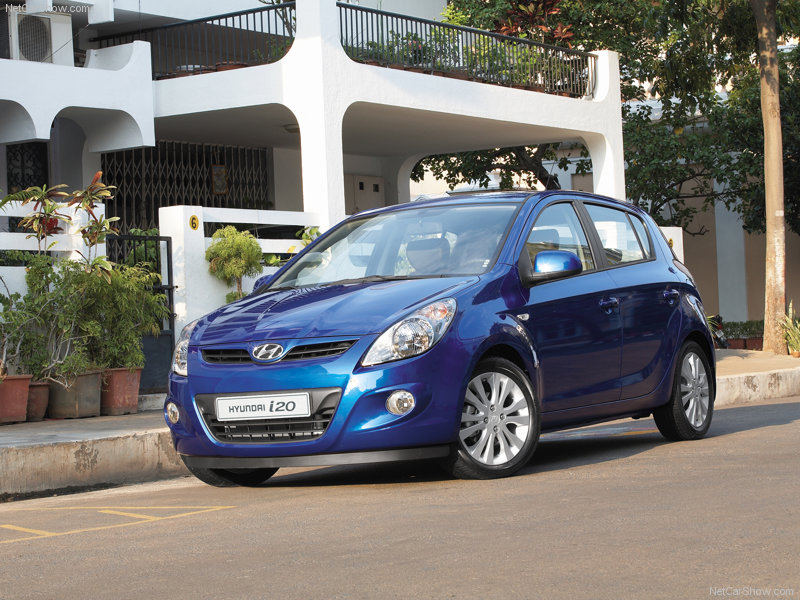 Hyundai has released the prices and specifications of its much awaited i20 in the UK market. Expect very similar levels of features in India as well, as we know that starting from the i10, Hyundai's cars have gone global on a large scale. This is one good reason why Hyundai would not stint on features in what can be called its home market (well almost).

Hyundai i20's prices undercut the competition by as much as £1000 (Rs 85,000). mind you that unlike India, the i20 competes with the likes of supermini's like the Grande Punto (coming to India soon), Skoda Fabia and the Panda. In the British market there is a choice between two petrol engines, 1.2l with 77 bhp and 1.4l with 99 bhp, and two diesel units, 1.4 CRDi in two states of tune with 74 bhp or 89 bhp.

The i20 comes with air conditioning, six airbags and a 5-year warranty, active head restraints, remote locking and electric front windows as standard! That's loads of equipment but expect it to lose some features in the interest of costs.

But Hyundai i20 buyers are set to be pleasantly surprised. Despite having exceptional levels of space, quality and safety – plus dynamics which can take on and beat the best from Europe and Japan – the little Hyundai is still priced at least £1,000 lower than mainstream rivals.

In addition there is the reassurance of Hyundai’s Five Year Unlimited Mileage Warranty – unique in this class. 5 years warranty is a first and this goes on to show how well Hyundai has built this car.

Flagship of the i20 range is the Style, equipped with 16-inch alloys, climate control, part-leather upholstery, metal-look facia and front fog lights.

There is plenty of new technology under the bonnet too. The i20 debuts with two new petrol and diesel engines, starting with an advanced 78bhp 1.2-litre ‘Kappa’ petrol which is expected to be the range’s biggest seller. It returns 54.3 mpg (26kmpl) on the combined cycle.

Meeting the demand for low-emission, high economy diesel power, the i20’s all-new CRDi engines both have a 1.4-litre capacity and offer 75PS or 90PS depending on the tune (Very similar to the 1.3MJT isnt it?).

Emission and fuel economy figures are exceptional –64.2 mpg (30.2kmpl) for the 75PS version and 62.8 mpg (29.5kmpl) for the 90PS model. Looks like the 1.3MJT might have finally met its match provided Hyundai prices its diesel models competitively.

Presently Hyundai's diesel engines are imported unlike the MJT which is locally made and hence atttract import duties.

And just because it’s smaller, doesn’t mean it’s less safe. It is Hyundai’s aim to make the i20 the safest car in the supermini class. The company doesn’t believe safety should be limited to the more expensive models in the range either – Active Head Restraints and a total of six airbags are standard on all i20s.

Coming to its prices, in the UK market, the i20 base model costs almost the same as the top of the line i10 'Style'. So looking at this, we can safely guess the i20 to start at around Rs 5,00,000 for the base 1.2kappa version which is not short of equipment at all.

This pits it closer to the Swift and it undercuts the Fabia-Its intended rival. Lets wait for the i20 and the much awaited Grande Punto to see the fireworks.

With inputs from Zero Customs