The recently unveiled i20 in the Indian market will soon be launched in Europe. The latest global commercial is truly making a statement about the i20 and its features with a lot of emphasis on the Hyundai brand. 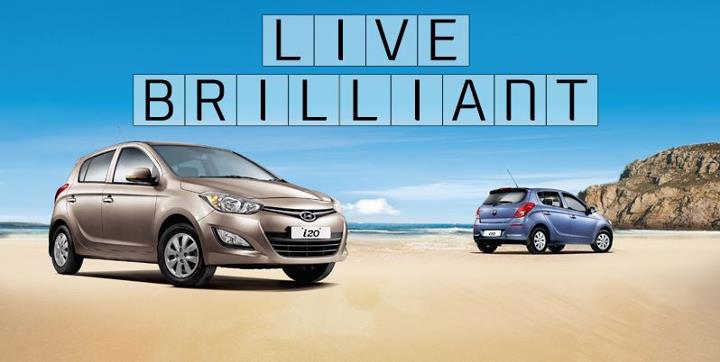 The 32 sec video has been smartly directed and all the new features of the car have been shown clearly,which is very unlike the commercial we have in India - that portrays an Indian gentleman who dreams big and spends lavishly on a car - and fails to mention about the new features!

[can't see the video above? Head over to the Youtube page to watch it]

Also, the new i20 receives a 5 star EuroNCAP rating. The head on collision, side bar and pole tests yielded very encouraging results and child occupant protection scored a 90 percent. The bumper has been designed to provide good protection to pedestrians in the case of a head-on collision.

There are 4 engine options available in European i20 - however the most important in the list is the 1.1 litre three cylinder U-II diesel engine which churns out a modest 75HP , the old workhorse i.e. 1.4 litre oil burner that churns out 90HP and the 1.2 and 1.4 gasoline engines.

The 1.1 liter diesel engine should also be made available in India when the next generation i10 appears on the market. Hyundai does not plan to introduce this engine on the i20 for the Indian customer.

For the European markets, the i20 is manufactured in Hyundai's Izmit plant in Turkey, with an annual capacity of 1 lakh car units. As we've already reported, Hyundai is planning an investment to the tune of $600 million to step up the production to 2 lakh units per year by the end of next year - which gives us an insight that Hyundai is really betting big is on its hot hatch.

Apart from UK, the i20 is also exported to Middle East, Africa and Europe.