Weeks after being unveiled at Long Beach Progressive International Motorcycle Show, the Honda Rebel 500 has been showcased at the 2016 Thai Motor Expo today. Powering the Honda Rebel 500 is a parallel twin 471 cc mill which is borrowed from the CBR500R. In the faired motorcycle, the engine produces 47.58 PS of maximum power at 8,500 rpm and 43 Nm of peak torque at 7,000 rpm. 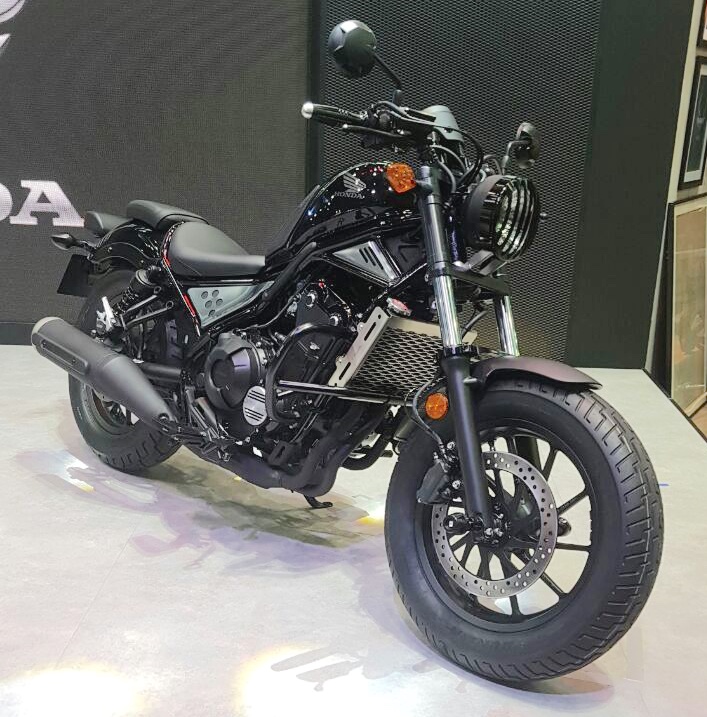 With a signature Bobber look, the bike is customisable. A detachable pillion seat will also be available. A special customised edition called Rebel Uncommon Edition will be limited to 200 units in the Thai market. The standard version will get three colour options, Grey, Red and Black. Braking duty in the Honda Rebel 500 is administered by a 296 mm single disc in the front and 240 mm single disc in the rear. ABS is optional.