As Diwali gets closer, Honda Siel India is ramping up its efforts on the testing phase of the Brio. Carwale/AutoBild shot this test vehicle doing its testing rounds on the Noida expressway. From the looks of things, there are no specific changes to the body. The test vehicle looks exactly like the Brio launched in Thailand. The Brio is a very important hatchback for Honda India. It will be the brand’s foray in the affordable segment. After continuously bleeding its market share to competitors for the last 5 months, Honda Siel India is finally getting its act together. The City is doing healthy 4K units, the Jazz is due for a facelift on August 18th; even the facelifted Accord is showing signs of progress. 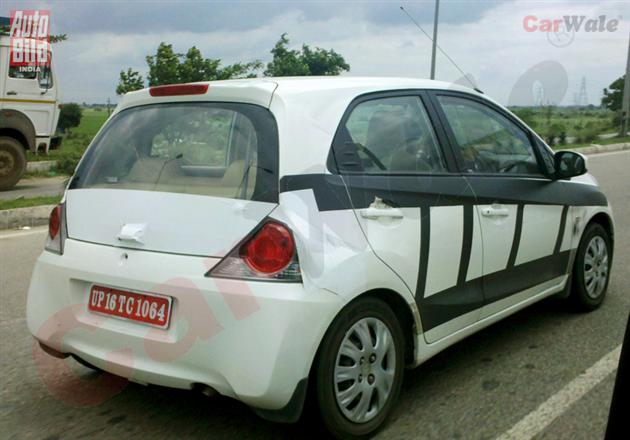 This puts more stress on Brio as a product because the segment in which it will be launched is a low margin, high volumes segment. Honda needs to crack at least 4,000 units a months to stay afloat in the small car segment. Therefore, the company is doing everything in its might, to make sure that the product is perfect.

The Brio will be powered by the same 1.2L unit that powers the Jazz. It may be mildly retuned to suit the smaller car. It will be mated to a manual transmission. The Brio gets 175L of boot space which is sufficient for a city car.

The Brio will compete against the Chevy Beat, Maruti A-Star and Hyundai i10. In order to make sure that the Brio is exposed to various parts of India, Honda has already started expanding its dealership network.

Do you think that the Honda Brio will succeed?