The Chinese market is so extremely big that there is space for auto makers to run their old product alongside the new one. It is very common to see companies not throwing away cars, even if they a decade or more old. 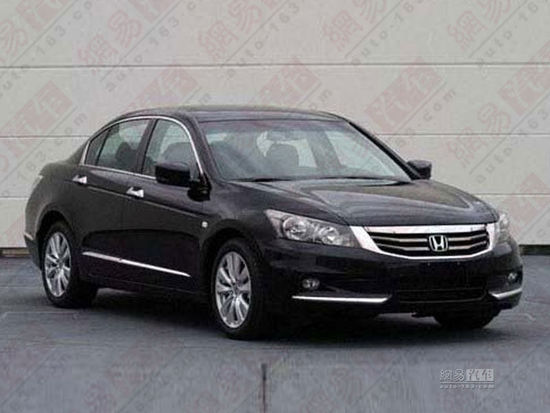 The next generation Honda Accord will be unveiled later this year based on the Accord Coupe Concept shown in America earlier in 2012. But that does not bother the Chinese operations who subscribe to the idea that the globally renowned D Segment model has not passed its prime. They have put it under the scalpel once again to turn back the years. The new car gets so much more chrome on its front and rear fascias. Chrome strips have been implanted under the fog lamps and the grille's chrome content now flows into the headlights. The door handles are soaked in chrome and the rub rails unfortunately slipped into the firing line!

Honda has included a bit of chrome on the rear bumper and placed it on new wheels.

It is reported that the new Accord will use the same engines and break cover in the second half of 2012.