The latest fad in the rendering scene is to digitally enhance a teaser image released by a manufacturer with the imagination of a rendering artist. We have already seen this trend with the Honda Urban SUV rendering 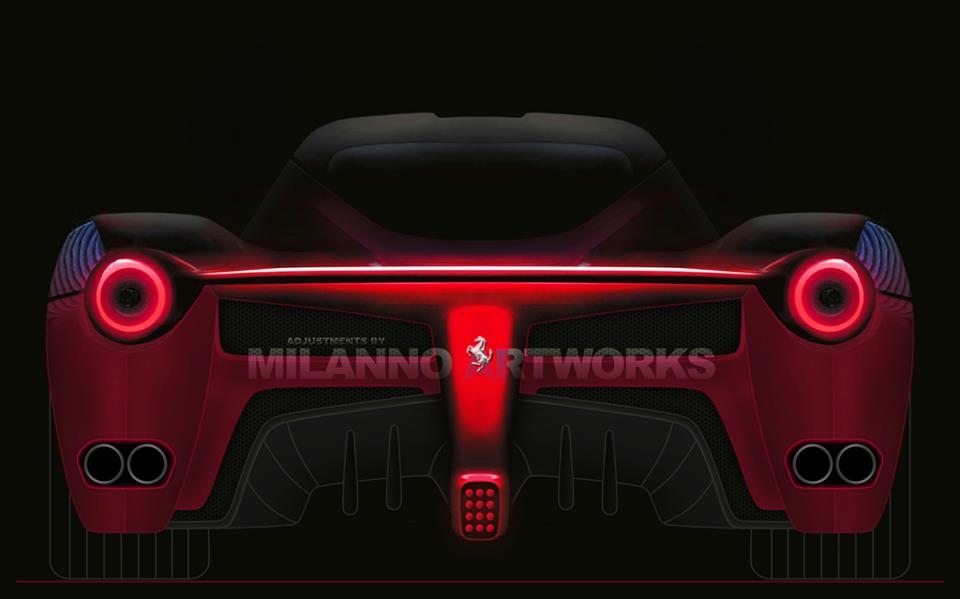 Milanno Artworks presents a digitally enhanced image of the upcoming Ferrari F70 a.k.a F150 or simply put as the Enzo successor.

One can easily see the influence of formula1 tech on the rear side of this supercar. The huge diffuser with an F1 style LED braking light and quad exhaust are breathtakingly beautiful. The mighty prancing horse logo on the rear is very exquisitely placed.

Unlike the Enzo which had twin tail lamps on either side of the car, the successor will follow the new design language of one single large circle. The new flagship will also sit a lot closer to the ground.

We will get all the official details sometime next year – possibly Geneva Motor show. So far industry speculations suggest that the new flagship will be based on a carbon fiber monocoque chassis made from four types of composites.