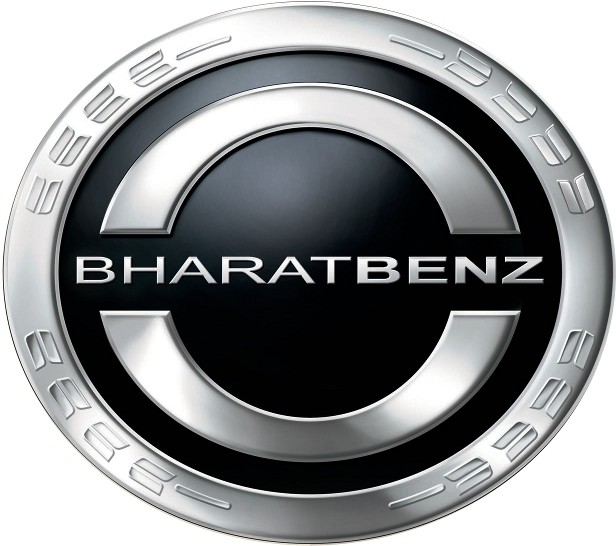 Dr. Dieter Zetsche, Chairman of the Board of Management of Daimler AG & Head of Mercedes-Benz Cars -

We would have liked to come to the country earlier but there was a slowdown. We are very clear that we want to take a leadership position in India. We have chosen a very promising product for this market.

Earlier, Daimler was manufacturing the Actros trucks from its Pune plant. But now, the company has invested Rs 4,400 crore for a factory in Oragadam near Chennai. It will offer commercial vehicles from 6 to 49 tonnes under the BharatBenz brand.

With this initiative, Daimler joins other global giants like Sweden's Volvo, Germany's Man and America's Navistar to tap the growing segment. The key difference being, others have entered India by creating a JV with an Indian company, whereas Daimler is all on its own.

Daimler Unveils BharatBenz - An exclusive brand for its trucks in India

* Daimler strengthens India commitment by launching BharatBenz, which also serves as the basis for introducing a new generation of trucks
* Brand to represent entire Daimler India Commercial Vehicles portfolio of trucks from 6 to 49 tonnes
* Fifth brand in the Daimler Trucks portfolio

Chennai/India – Daimler, the world’s largest manufacturer of Medium- and Heavy-duty trucks above 6 tonnes, today unveiled its exclusive new brand of trucks for the Indian market. The brand, BharatBenz, will offer Indian customers an entire range of trucks from 6 to 49 tonnes across various applications.

Dr. Dieter Zetsche, Chairman of the Board of Management of Daimler AG & Head of Mercedes-Benz Cars; Andreas Renschler, Head of Daimler Trucks and Daimler Buses; and Marc Llistosella, Managing Director and CEO of Daimler India Commercial Vehicles, unveiled the BharatBenz brand at the production location in Oragadam, near Chennai, India.

“We are sending a clear message with our new truck brand: Daimler is at home in India. Our BharatBenz trucks are the right combination of Daimler’s DNA and India’s market know-how. These trucks will be developed and built in India, for India, and by specialist employees from India,” said Dr. Zetsche.

“India’s macroeconomy has been on a growth track over the last years and is estimated to grow between seven and eight percent in the next ten years. Additionally, India has become the world’s second largest market for Medium- and Heavy-duty trucks. By 2020, we expect the Indian truck industry to double. We will play a significant role in this leap. For us, the most promising market is the “new middle market”, for which we will offer our new truck product portfolio. That’s why we’ll see a general upward-trend towards vehicles that will set new standards in terms of performance, quality reliability and efficiency”. This market is expected to grow to as much as 80 percent of the Indian truck market until 2020”, Andreas Renschler explains.

“The BharatBenz product range will draw on Daimler Trucks’ entire range of technological expertise in order to best address the special needs of Indian customers. The product range in the Light-duty segment is based on the Fuso Canter tried-and-tested platform, while the heavy-duty range is based on one of our Mercedes-Benz trucks platform. With these platforms the trucks have been ideally tailored to the needs of our India’s customers”, Marc Llistosella adds.

The choice of the “Bharat” part of the name reinforces Daimler Trucks’ commitment to serving the local market.

Daimler AG, headquartered in Stuttgart, is commemorating 125 years of the automobile this year. The pioneering spirit of its founders set the world in motion, by creating the world’s first automobile. Having spearheaded a tradition of innovation, with many firsts to its credit, including the world’s first truck 115 years ago, the new exclusive Indian brand BharatBenz is yet another great achievement in Daimler’s quest for excellence.

The company will roll out trucks in 2012 from its manufacturing facility at Oragadam, near Chennai. Spread over about 160 hectares, the facility also houses a state of the art test track, which is a testimony to the promise of uncompromising quality and performance. Over one million kilometers of testing have already been achieved by the company. DICV has a total dedicated investment of over INR 4400 crs (approximately €700 million).