Cheapest Porsche Panamera will cost a whopping Rs.1.4 Crore when it comes in October 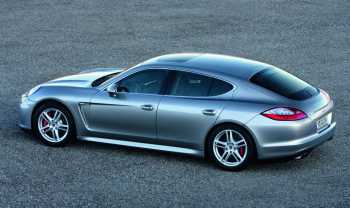 "We are working on a simultaneous launch of the car in Indian as well as international markets. We are hopeful of welcoming the car in India by late September or early October 2009," Rod Wallace, Managing Director of Precision Cars India, the official importer of Porsche vehicles said.

Porsche came to India in 2007. The company currently sells four models (imported CBUs), the fifth entrant being the Panamera will first be showcased at the Shanghai Motor Show, that will be held from April 22-24.