The President of BMW India, Mr. Philipp Von Sahr has confirmed that the 1 Series hatchback will make its Indian market debut this September. 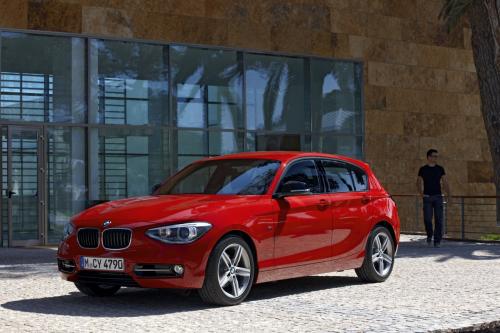 He also revealed that the hatchback will be assembled at BMW's factory in Chennai through the completely knocked down (CKD) kit route.

Speaking on the sidelines of the launch of 2013 BMW 7 Series to indiancarsbikes.in earlier this week, Mr. Philipp Von Sahr declined to comment on the effect of the proposed India-EU Free Trade Agreement as he is unsure of the effect it will have on the BMW vehicles in India cost wise.

Globally BMW sells its 1 Series hatchback with engines displacing 1.6L to 3.0L for petrol variants. For diesel, the engine displacement ranges from 1.6L to 2.0L. What BMW has in store for Indian market still remains to be seen. It will lock horns with the much anticipated Mercedes A Class which is expected to launch in the following weeks.

Based on spy shots on international news websites, BMW is testing out a cosmetically refreshed 1 Series as the model is approaching its mid-life stage. Wouldn't it be a special touch if BMW brings the 1 Series LCI to the Indian market before Europe?

BMW is enjoying the advantages of building its own cars for India through the completely knocked down kit route as the government is continuing to levy taxes on imported vehicles every year. Taking benefits of the local assembly, BMW has sold 9,375 units in India in 2012 successfully defending the title as India's largest luxury car maker for the fourth year in a row.