Bajaj brings back the memories of the then flagship, Pulsar 180.

The Bajaj Pulsar RS200 has now been given a new colour. Bringing back the "Fear The Black" slogan, Bajaj has announced a new Demon Black color on the RS200. This will be available alongside the existing Red and Yellow shades.

Below are the photos of the black RS200 that has reached showrooms, taken by Mohammad Memon. 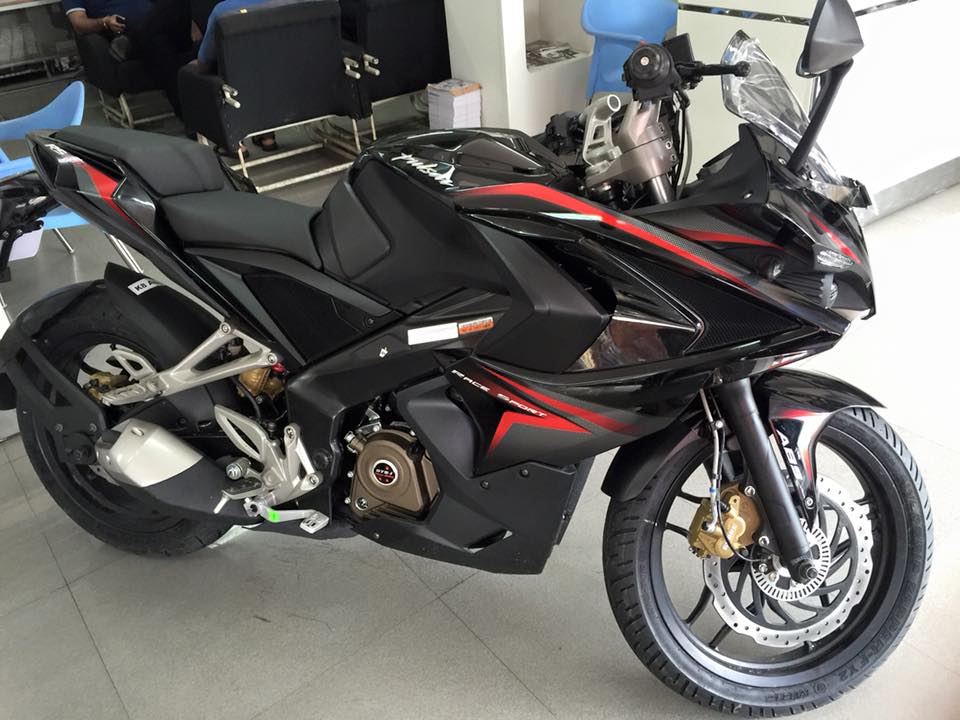 The recently launched models including the RS200 and the AS200/150 are the only variants of Pulsar that weren't launched with a Black colour. Given that the RS200 is now launched with the same, something similar can also be expected on the Adventure Sport models.

The Demon Black Pulsar RS200 is treated with grey and red accents/graphics via body decals.

There are no other changes in the 'fastest Pulsar yet'. The Black RS200 is powered by the same single-cylinder 199.5 cc liquid-cooled fuel-injected engine that pumps out 24.5 PS of power and 18.6 Nm of torque, mated to a 6-speed gearbox.

The RS200 Black is expected to cost the same as the other colors.