We all know that Audi is developing a hypercar to sit above the current flagship, the Audi R8. 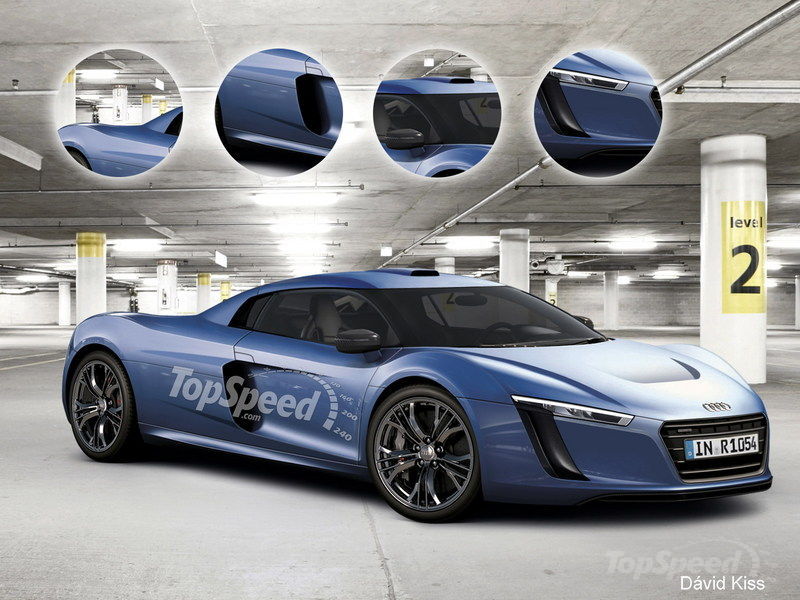 Quite a few renderings of the upcoming car have shown up online and this recent one by Topspeed.com looks impressive.

The rendered R10 blends the designs of the R8 e-tron and the Le Mans winning Audi R18 diesel hybrid racer.

The curvy A-pillar, huge frontal glass area and the aerodynamic roof are inspired by the R18 while the front fascia is a derivation of the Audi R8 e-tron concept.

There is a huge intake vent behind the doors and the rear overhang is longer than in the R8.

Even under the skin, the R10 is expected to amalgamate the learnings from the R18 and the R8 e-tron. Topspeed.com reports that the car could be powered by a combination of a turbocharged V6 diesel engine and a pair of electric motors. The former would turn the rear wheels while the latter sends power to the front wheels.

The expected combined power output is in the region of 600 bhp making it the most powerful production car in Audi's lineup. Considering that Audi has shelved the R8 e-tron's production plans, the R10 hypercar, which would benefit from the learnings of the e-tron project, makes for an interesting production car.

The reports suggest that the Audi R10 is still in the product evaluation stage and won't be in the market before 2016 even if it is signed off for production.