Spied - Is this a locally assembled entry level Audi Q3?

Not resting after becoming the No.1 luxury car maker in India, Audi is stepping up its game to retain the crown in a highly competitive segment.

Mercedes has just launched its most affordable offering, the A Class. Though it is positioned as an entry level Merc, the hatchback carries an expensive price tag which is not very far away from that of the Audi Q3. 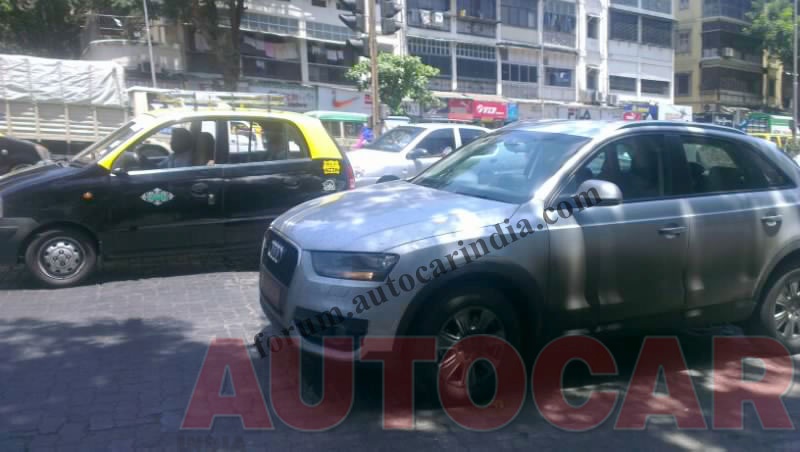 In order to counteract Mercedes' recent launch and to make its best selling Q3 even more lucrative, Audi is planning to locally assemble the compact SUV. Here is a spyshot of what we think could be the locally assembled Q3, posted on Autocar India's Forum.

The car spotted here doesn't have the quattro badge in the front grill suggesting that it could be a new entry level variant. Apart from this, there could be some skimping on the equipment to bring down the price even further. 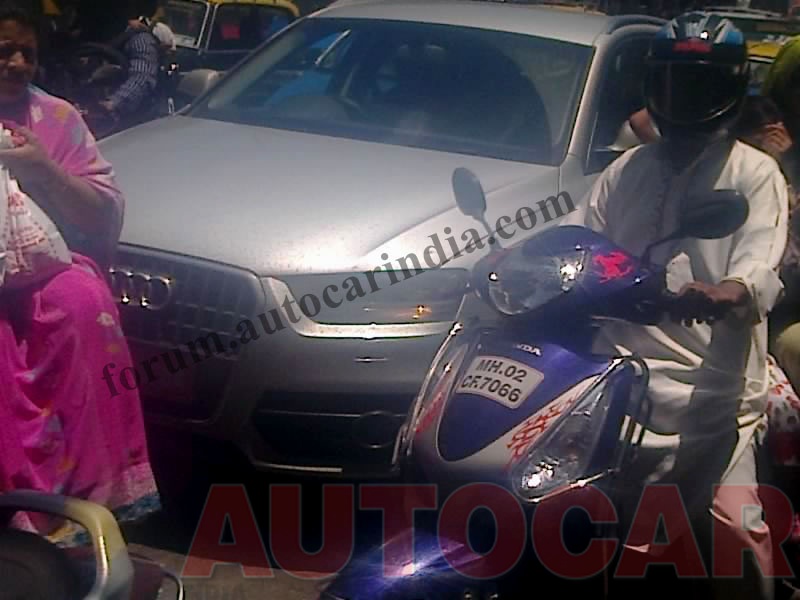 Mr. Michael Perschke, Head of Audi India, told Indian Autos Blog earlier that the locally assembled Q3 would be launched by the end of July in one petrol and two diesel variants. We are inclined to think that the variant spotted is an entry level front wheel drive diesel version.

The current Audi Q3 is imported from Martorell, Spain and the range starts at about Rs. 27 lakhs. The CKD assembly of the small SUV and the introduction of the new entry level variant would definitely bring down the prices much further. We think this is being targeted at the A Class which has a price range of 21.93 lakhs to 22.73 lakhs (ex-showroom Mumbai). Audi is certain to attract some potential A Class customers to the Q3.