List of 9 compact sedans/sedans launching in India this year

Based on reports and confirmations from various manufacturers, here are nine compact sedans/sedans launching in India this year. Developed specifically for the Indian market, the VW Ameo is the company's first sub-4m sedan that slots between the Polo and Vento. Expected to launch in June 2016, the VW Ameo will be available with a 1.2-liter MPI petrol engine or 1.5 TDI diesel motor. While the petrol variant only gets a 5-speed manual, the diesel model will be available with a 5-speed manual or a 7-speed DSG gearbox. Essentially a sub-4m sedan version of the Tata Tiago, the Tata KITE 5 is expected to be one of the least expensive sedans in India, if it follows the aggressive pricing strategy of its hatchback sibling. The main differences are the rear styling and a 420 liter boot volume in the KITE 5. It will source the 1.2L Revotron and 1.05L Revotorq engines from the Tiago, which feature a 5-speed manual gearbox as standard. Skoda is currently prepping a facelift for the Skoda Rapid sedan, which is expected to launch in August 2016. Spyshots have revealed that it will feature a restyled front bumper, new headlamps, new grille design, new hood and restyled front fenders. The engine lineup, however, is likely to be retained. The next generation Mercedes E Class (W213) could be introduced in India before the end of the year. The new E Class is 43 mm longer and has a 65 mm longer wheelbase than the outgoing model. It will loaded to the brim with advanced comfort creatures, and variants could include E 200, E 220 d and E 350 d; all paired to a 9G-TRONIC gearbox 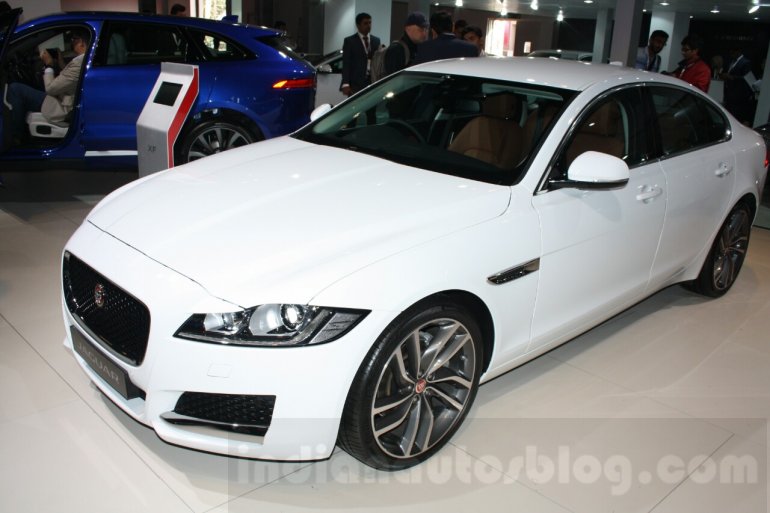 Showcased at the Auto Expo 2016, the second generation Jaguar XF could launch in the coming months. Featuring an evolutionary styling inspired by the Jaguar XE and XJ, the new XF packs a 2.0-liter ‘Ingenium’ diesel unit that comes in two tunes of 163 hp / 380 Nm and 180 hp / 430 Nm. Jaguar India hasn't confirmed the engine lineup yet. Hyundai is also currently testing the 2016 Hyundai Elantra on Indian roads, as seen in our recent spyshots. It is expected to go on sale in mid-2016, and could be offered with a 1.6-litre GDi and 2.0-litre MPi as petrol options, or a 1.6-litre VGT CRDi engine as a diesel option. A 6-speed manual, 6-speed automatic and a 7-speed dual-clutch automatic are likely to be the transmission options offered at launch. Following its world debut at the 2016 New York Auto Show, the 2016 Mercedes CLA facelift may launch in India in this year. Being a minor facelift, it will continue being locally assembled at Merc's plant in Pune, as well as retain the 2.1-liter four-cylinder diesel with 136 hp, and the 2.0-liter four cylinder petrol engine with 181 hp.