Longer and more contemporary than the outgoing CR-V.

American Honda Motor Company revealed the fifth generation Honda CR-V yesterday in Detroit, which will go on sale in North America before the end of this year. Here's a brief pictorial comparison between the 2017 Honda CR-V and the outgoing model.

The exterior of the new CR-V look more contemporary, although the basic lines are intact. It features a new Solid Wing grille with active ducts, sleeker headlamps with LED power (Touring only), new bumper with more black-plastic treatment for a tougher look, and new alloy rims available in 17- and 18-inch sizes. 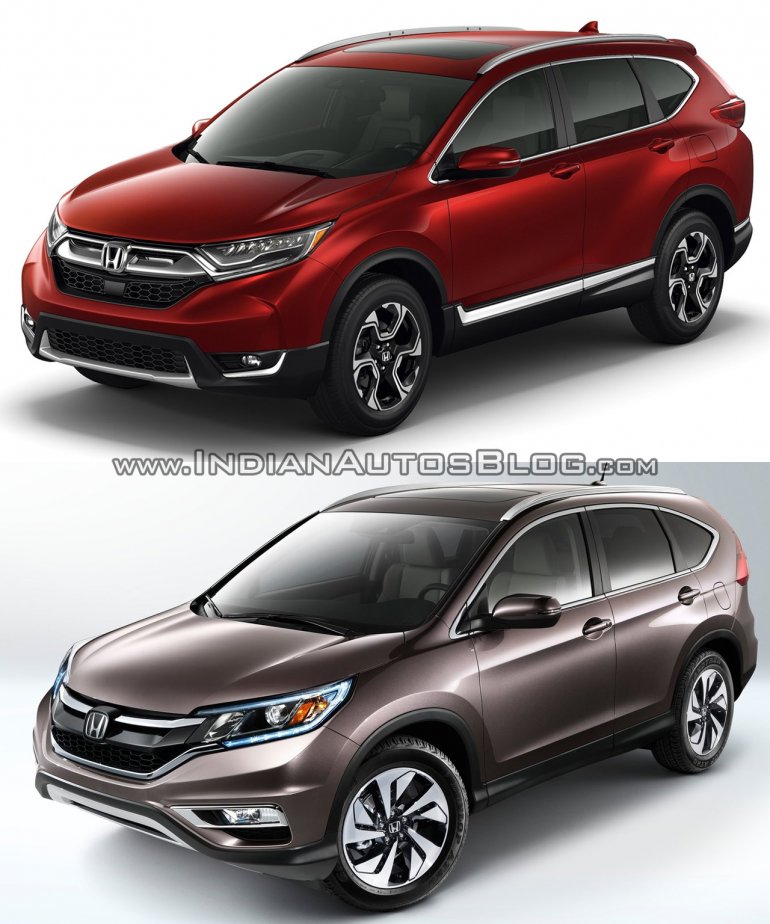 The rear-end gets a bolder pair of taillamps and a Honda-first hands-free tailgate. Also noticeable is the longer wheelbase of the new CR-V. It has been extended by two inches (50.8 mm), which has helped increase interior space and rear-seat legroom to best-in-class figures, Honda claims. Features like the redesigned multi-function steering wheel, new wood trim across the dashboard, digital instrument cluster, a physical volume knob that replaces the touch slider and a new seven-inch touchscreen infotainment system with Apple CarPlay and Android Auto connectivity, give a new look to the dashboard.

The CR-V is the Honda's first international-spec SUV to feature a turbocharged engine (excluding the China-spec Avancier). The engine in question is the 1.5L DOHC turbo engine from the Honda Civic, which produces 190 hp and 179 lb-ft of peak torque.

For lower variants, Honda has retained the 2.4L direct-injected i-VTEC engine good for 184 hp and 180 lb-ft of torque. Both engines are equipped with a CVT, while an AWD is available as an option.