Spied: Next Gen Hyundai i20 continues its rigorous testing in India

Hyundai is one of the few international automakers who identified the potential of the Indian market when it was in its early stages. The Korean automaker has shown exceptional commitment towards India by launching a slew of international products, constantly updating the existing ones and even developing all-new products (Eon) exclusive to ours. 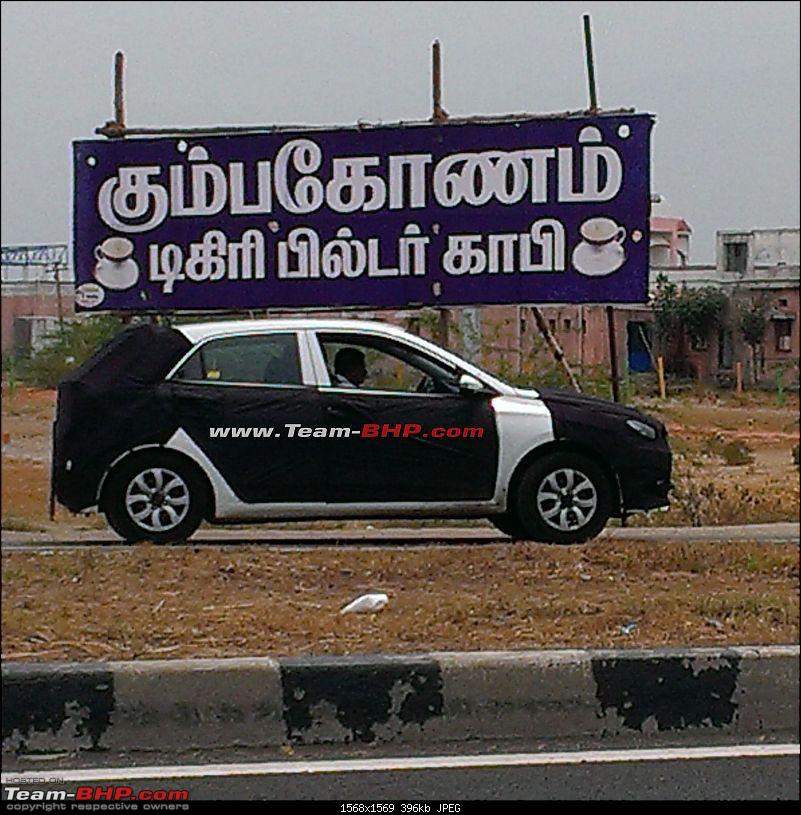 Now, Hyundai is taking the commitment one step forward by developing international products in India right from its early stages. Prototypes of the next generation i10 are already testing in India and now thanks to a Team BHP member Abdul Shukoor, we have some crystal clear spyshots of the next gen 2015 Hyundai i20 (codenamed –IB) on the highways of Tamil Nadu. From the pictures we determine that the successor is growing in size. We hope Hyundai does not stretch the length beyond 4m or else it could attract higher duties pushing the price tag skywards.

We know for a fact that the new i20 will sit on an all-new platform. The design of the new car will be an evolution of the Fluidic design philosophy. We could see some glimpses of the 'Storm Edge' philosophy transcending from the new Santa Fe. While it is easy to say that the i20 is one of the most feature loaded hatchbacks on sale today, one can only imagine how Hyundai can make it better. Currently it features auto-headlamps, rain sensing wipers and a reverse camera and a EuroNCAP 5 star safety rating. We have been told that the new car can feature advanced car-controlling phone integration and a Google-powered sat-nav system with voice commands.

On the engine front, we expect the current lineup of 1.2L & 1.4L Petrol and 1.1L & 1.4L Diesel to stay in place. We could see the high tech 1.0 litre TCI three cylinder petrol motor supplementing the engine lineup for developed countries where emission norms are getting increasingly stringent. We also hope Hyundai is objectively thinking on a diesel automatic variant for the Indian market.