Volvo’s future plans hinge on new products from the Scalable Platform Architecture, starting with the all-new XC90 in 2014, and the successors to the current lineup thereafter. 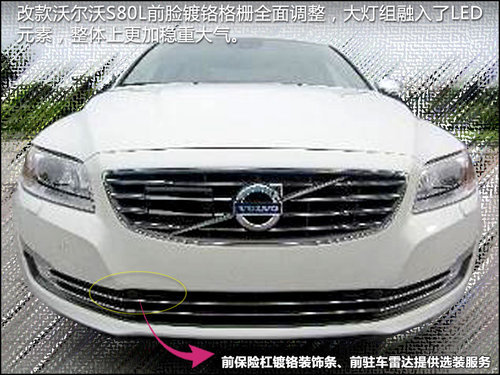 However all-new products can only secure the company's long term future, and until they come, the situation is very scary, especially when you have very old products sitting in segments where the competition is shortening product lifecycles and shifting to newer technologies and designs every few years.

Volvo has confirmed plans to refresh its two sedans to keep pace with the Germans. The more recent S60 and the older S80 will go under the surgeon's knife next year. The outcomes of the first operation, and a one that's badly needed, has come out prematurely, thanks to spyshots shot in China. Spyshots of an undisguised Volvo S80 facelift reveals a single piece airdam ornamented in a 3D effect with foglights pushed to the edges. The grille is reprofiled to mimic a human smile, while the arms linking the Volvo emblem to the grille outline are slimmer. The back-end of the 2014 Volvo S80 is fairly original, excluding the trapezoidal exhaust tips that replace the circular units. The facelift receives plenty of chrome embellishments.

Crucially, Volvo has added a new safety device, circled in the first image, that responds to images transmitted from a fascia-mounted camera. Is it an improved version of the 'City Safety' system, or is it a late discovery made by the Chinese media?

The facelift photographed is China-market only variant called the S80L, with extra legroom in the rear seat. The cosmetic changes however are expected to come standard across global variants. The facelift, though a very subtle effort, can help the current generation hold out until the company is ready to send out the replacement.