Ford has already started dispatching the Fiesta facelift, showcased at the Auto Expo, to dealerships, signaling an imminent launch. Mr. Saju Kuruvilla from Kochi has spotted the sedan in what appears as a dealer parking lot. 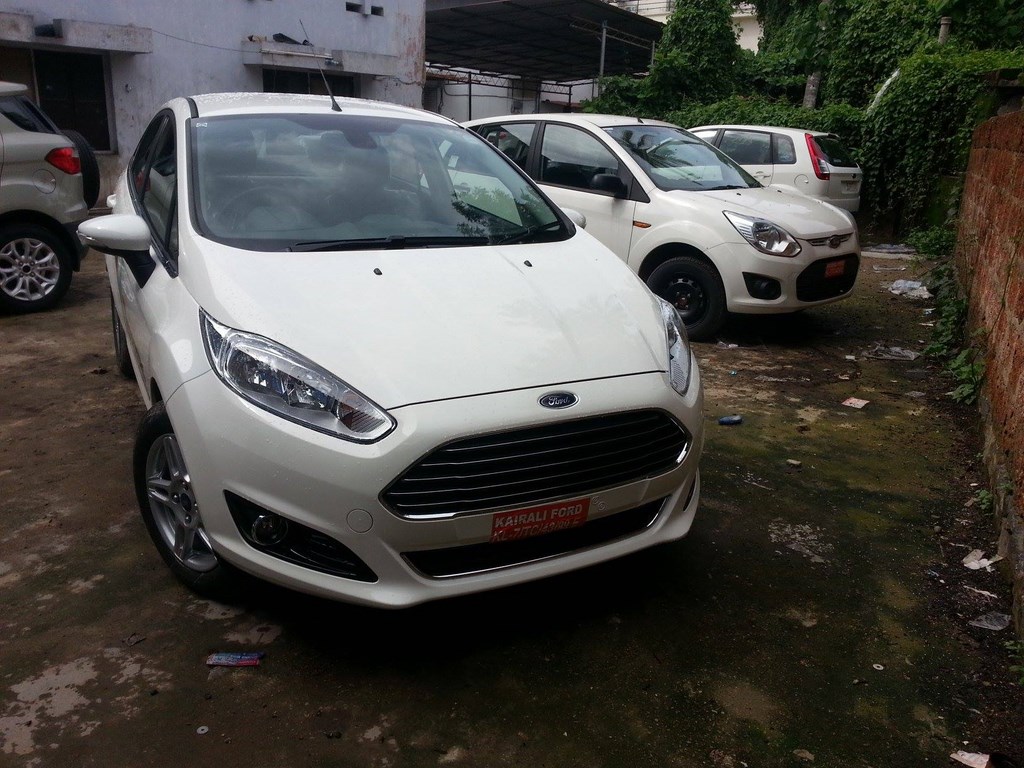 The Fiesta facelift comes only with a diesel engine. The existing 1.5-litre unit generating 90 PS and 204 Nm of torque, mated to a 5-speed manual transmission, would be retained. The Ford Fiesta facelift would be here in a few weeks, and to revive sales, Ford India has to tread cautiously with the pricing.