The Audi A4 received a facelift last year and is expected to be launched in India next month (we've already shown you photographs of camouflaged test mules on Mumbai streets), but looking much ahead, there are bigger plans for the A4 nameplate. 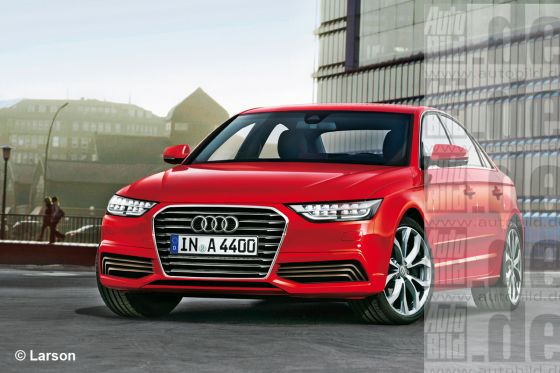 AutoBild Germany has reported that the A4 is falling behind in terms of sales volume compared to the C-Class (class leader) and BMW 3 Series in the home market of Germany and it is going to be an uphill challenge to overtake its rivals in the coming years.

Audi's looking to expand the A4 lineup by designing a stylish station wagon-MPV cross and a Q4 crossover (that sits between Q3 and Q5) using the next generation model.

The next generation A4 will start with the introduction of the sedan in late 2014 (Frankfurt debut?) that is 40kg lighter than the current model despite providing better space for passengers and luggage. Equipment level would be scaled up and controls will be replaced by a a sleek touch screen mounted on the central console.