When we met Mr. Eberhard Kern, the new Managing Director of Mercedes Benz India at the inauguration of a dealership in Delhi, he said the GL Class would be in India in March. 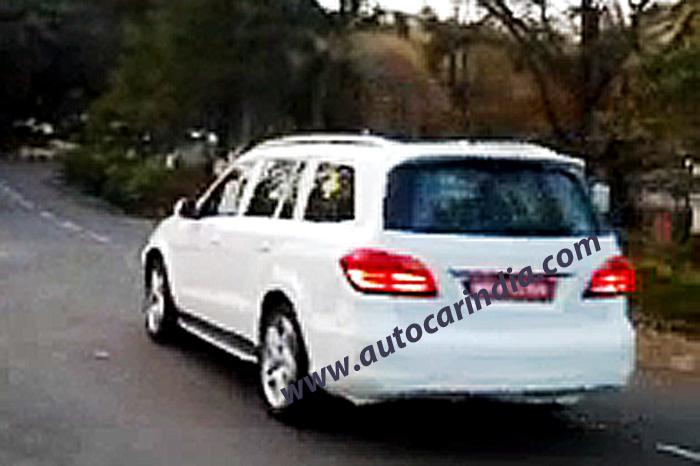 Our readers were updated about the local assembly of the GL as early as late 2011. The GL Class is currently imported as a CBU, but the assembly lines at Chakan have been upgraded to make bigger SUVs such as the ML Class and the GL Class, seen testing here by Autocar India reader Nishant Hingne.

Launched in 2006, the massive GL Class was originally designed by Mercedes specially for the SUV-loving American market and later explored other parts of the globe where it was surprisingly given a warm reception. Mercedes introduced the GL Class in India in January 2010, a day before the Auto Expo. The second generation GL Class premiered in New York in April last year.

Similar to many recent additions a top-down strategy would be used to get through the GL's launches. The CBU models that come in before the CKD operation begins, would be the top-of-the-line variant with an AMG sport pack. The mule seen here features those additions such as 21-inch alloys, 19-inch perforated disc brakes, custom bumpers designed by AMG and running boards that are illuminated. Don't assume this for the AMG avatar, the changes are limited only to visual aspects.

The GL Class destined for India uses a 2987cc CRDI engine that delivers 255bhp and 632Nm, and is driven via a 7-speed AT.

The cars and kits will come from the Alabama plant in the U.S. where the exclusive manufacturing center for the GL Class is located.