Will the Suzuki Kizashi work for Maruti Suzuki? 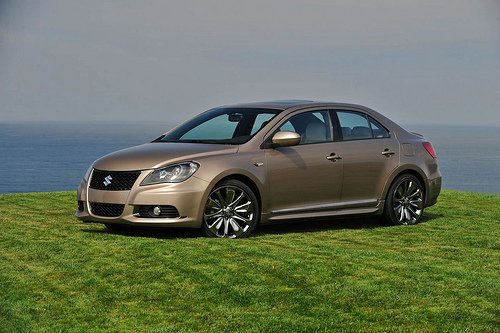 Maruti Suzuki has never been able to sell its high end car- the Grand Vitara, despite revisions in our country. This is because Indian customers shelling out above 10 lakh rupees are very particular about the brand they purchase. Maruti does not enjoy a high end image and has always been known as the maker of cheap & affordable hatchbacks. But it is betting big on its upcoming D segment sedan the Suzuki Kizashi.

Suzuki officials say that it is the most substantial Suzuki ever built. The car was displayed at the 10th Auto Expo in New Delhi & it did garner a lot of interest. It does not have jaw dropping looks but it is a smart and very lively-looking sedan.

Company officials confirm that the car will hit the Indian market at the end of this year. It will be imported as a CBU from the company’s Sagara plant in Japan. Officials also said that they might consider importing it as a CKD at a later stage if volumes are justified. The car is expected to be priced between 12-15 lakh.

This means that the car would compete with the Honda Civic & Toyota Corolla & not the Accord & Camry with which it competes in the US. It will be powered by a 2.4 liter petrol engine pumping out 188 PS of max power & 230 NM of torque. The car also comes with an optional 4 wheel drive system which can be manually operated by a button. It has a 6 speed manual transmission & there is also a CVT (Automatic) transmission on offer.

The car will be feature packed with 18 inch Alloys, leather interiors, dual zone climate control,6 CD changer with i-pod connectivity, push button start & other bells & whistles. We experienced the car at the Auto Expo and it was very well put together with solidly built interiors & did not feel flimsy like the swift or SX4.Space too was at par with the Corolla & Civic but not as much as the Accord.

We are not sure how MSIL will market the Kizashi as it won’t be easy to sell it. Sure it is promising, providing Accord power & features at the price of a Civic. But will customers be ready to shell out so much of money for a Suzuki that is powered by such a massive engine? Let us wait for December.