In this five-part story, we put the spotlight on 7 A-Segment/entry-level hatchbacks that are approaching India in the next 18 months. These are cars which attract first time buyers, and households which need a second or a third vehicle for short drives.

The base of the pyramid was most talked about part of the auto market in the last half of the previous decade, but ambitions were thwarted by expensive petrol prices and escalating interest rates on car loans. Several manufacturers shelved product programs to focus on upper segments and utility vehicles, while some pushed their vehicles closer to the B-Segment, having more features. Companies were also cautioned by the sales failure of the Tata Nano that was launched as an upgrade for two-wheelers, but action in the 2.5-3.5 lakh rupee end of the market will resume in the coming years, as this story submits.

Datsun India showcased the Redi-Go concept at the Auto Expo last month. To direct an attack on the Maruti Alto (India and the world's best selling small car), Datsun will use a crossover stance and design flamboyance to get attention from the entry-level car buyer. As with the Go, we expect buying and ownership benefits like a pan-India ex-showroom price and two-year unlimited warranty to be passed on to Redi-Go customers. Datsun haven't disclosed the car's specifications, but we are expecting a sub-1L petrol engine paired to a five-speed manual gearbox under the fluff. Seeing current industry trends, AMT and safety features like ABS and Airbags would complement the redi-Go well as optional fitments. It remains to be seen if Datsun offers the economizing mobile docking system and the expanded front seats on the smallest derivation of the CMF platform.

The car is currently in the engineering stage at the company's technology center in Chennai, a few kilometers away from the Renault-Nissan alliance plant in Oragadam that will manufacture it.

Expect the Datsun redi-Go to launch in the second half of 2015.

Hyundai India had camouflaged Hyundai Eon test mules on Tamil Nadu roads last year hinting that a facelift was a short while away. We were told by dependable sources that a 1L engine that was used on the European specification i10 (currently not exported from India) was also testing on the Eon in a bid to iron-out its harsh NVH. 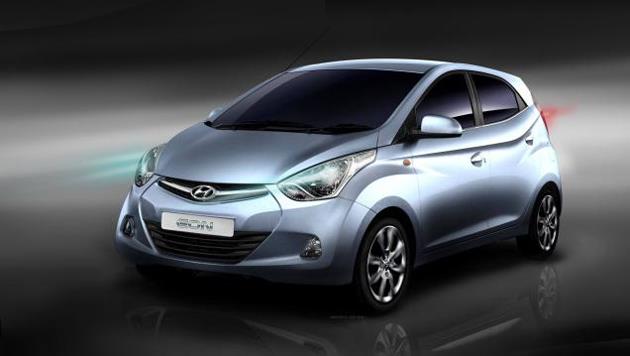 We last heard that Hyundai would reskin the front and rear of the car, giving it new bumpers, lamps and grille, and relaunch it with a new brand campaign. While this has not happened yet, the Eon turns three this year and a mid-cycle action would have to follow sooner or later in 2014.

Speaking to Indian Autos Blog in Geneva last week, Ranjit Yadav, president of the passenger car business at Tata Motors, said variants such as the Nano AMT would come "soon". Last month, Tata had this car on display at the Auto Expo with the feature developed by Italy's Magneti Marelli.

Called the Nano F-Tronic, an electro-hydraulic mechanism that uses electronic control unit and a hydraulic system to supervise clutch usage and gear shifting, allows the driver to shift gears without a clutch. Tata describes the shifting action as “smooth as a finger shift” and the Transmission Control Unit (TCU) is at the heart of the system that prompts the gear changes.

Expect the new Nano variants during the course of the year.

The Alto K10 was launched in August 2010 for customers who desired more power and performance in the Alto brand, which was then doing 20,000 units a month and was easily India's best selling vehicle. The K10 variant was brought in to increment sales from customers who didn't want to stretch into the next segment for a more powerful vehicle.

To a good extent, the Alto K10 has achieved its goal but almost four years into its life, the vehicle has not seen lifecycle changes. The K10 maybe a more powerful variant in an Alto facelift, but Maruti's brand philosophy has been about frequently intervening in its products and bringing out improvement on customer requirement. Moreover, Alto sales have degrown by 3 percent to 2.08 lakh units in April-January period (FY) calling for this move.

Recently a newspaper report suggested that Maruti is considering an AMT for the Alto K10. The company disrupted the B1 segment by offering this game-changing feature on the Celerio which now has a 6-month waiting period. The Celerio was a test bed for the technology and now that 50 percent of the 22,000+ bookings are for the AMT, Maruti wants to extend this to other carlines. The AMT for the Celerio, supplied by Magneti Marelli, and currently imported, would very likely be used on the Alto K10, and could come in a localized state.

The Alto K10 AMT is expected to hit showrooms by the end of this year and could simultaneously debut the cosmetic update.

Renault India are working on their own version of the Datsun Redi-Go to plug the gap under the Pulse hatchback. The Renault 'A-Entry' as it is known to us, would share its mechanical carriage with the redi-Go, meaning it would get the same small-displacement sub-1L engine and features developed for it.

Expect Renault's Alto slayer, perhaps sporting a bolder and more aggressive design, to launch on the market in the second half of 2015.