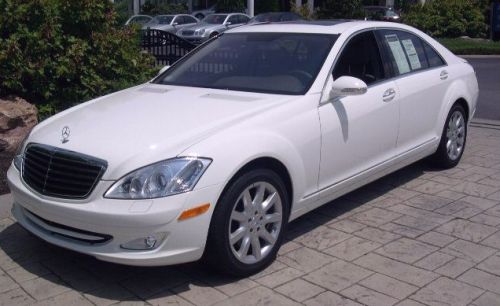 In spite of the fact that worldwide sales of the Mercedes-Benz S-Class have slumped, and by a whopping 23% in the U.S. alone (read- BMW 7-Series, Audi A8 and Lexus kicking its ass doing the damage) it doesn't influence it's performance figures, comfort, handling and ride- exactly the criterion which prompted the judges at this year's Auto Express Car of year awards to give the luxury sedan the crown of the best luxury car. This is not the first time the S has taken top honors. It's actually the third straight time it's impacted one and all.

Dermot Kelly, managing director of Mercedes-Benz, added: "The S-Class has been an enduring success with press and customers alike and accounted for one in every four luxury saloon sales last year. We are delighted that Auto Express still recognises S-Class as the best luxury car in the sector."

Some rapidly growing countries like China and Russia are in love with the S-Class. Mercedes earlier this year, reported that it will increase its exports to those countries to meet the increase in demand. Goes to show that a car that welcomes you by moving its seat backwards and shutting its door by itself once you are inside, stops and accelerates by itself, plans and safeguards for and during a crash, has airbags in every possible space to protect you and has more technology than a space shuttle doesn't necessarily need to sell in large numbers all over the globe ;-)

Spy pictures of the 2010 S-Class were earlier shown to you on IAB (you can get it here incase you missed it) and it looks promising. The re-styled grille, head lamps and apron, give it a refreshing look. The interiors are also said to go through a whole set of changes and more engine choices are said to be on offer. Things are only getting better for the S and perhaps this car would rule the awards for the next 5 years or so. We definitely think so.

Press release after the jump.

Milton Keynes – The Mercedes-Benz S-Class has been crowned Best Luxury Car at the Auto Express New Car Honours 2008, winning the title for the third consecutive year.

Editor in Chief, David Johns commented that “few cars have reigned over such competitive sectors with such complete authority as the Mercedes-Benz S-Class. To many there simply isn’t a better limousine. Beautifully engineered both inside and out, it’s one of those rare cars that is as good to drive as it is to be driven in”.

Dermot Kelly, Managing Director of Mercedes-Benz said: “S-Class has been an enduring success with press and customers alike and accounted for one in every four luxury saloon sales last year. We are delighted that Auto Express still recognises S-Class as the best luxury car in the sector.”

The award-winning S-Class family has been the flagship model by which all others were judged for over 50 years during which it has continued to offer innovative technology, enhanced safety features including Nightview Assist, Brake Assist PLUS and DISTRONIC PLUS as well as supreme comfort for passengers in the spacious cabin and for the driver at the wheel.

As well as epitomising luxury, style and comfort the truly refined S-Class was the first car to achieve the Environmental Certificate from Germany’s influential TUV institute. The certificate not only takes into consideration the emissions of the car when it is on the road, but also overall emissions during the car’s whole life cycle from production, through the recyclable parts at the end of the car’s life, as well as materials used. Mercedes-Benz is still the only automotive manufacturer to have achieved this accolade, now for five of its current models.

The Mercedes-Benz S-Class is available from £55,885 (S 320 CDI) on the road and can achieve up to 34 mpg on the combined cycle emitting 220 g/km of CO2. As with every Mercedes-Benz model the S-Class comes with a three year, unlimited mileage warranty and is covered by Mobilolife – a unique package comprising 30-year pan-European breakdown assistance.