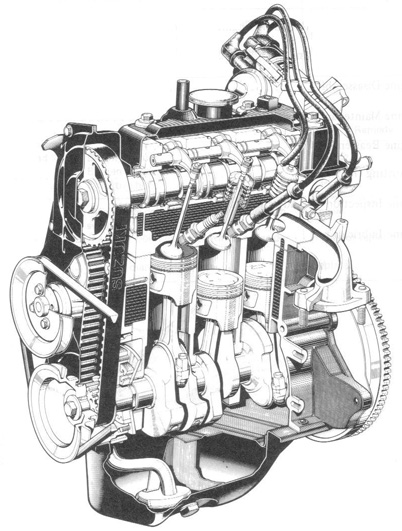 We thought this was a joke. Until we read it on a reliable newspaper.

Financial Express reports Maruti Suzuki is working on a family of engines that will replace the 800cc and 1,100cc on the Alto and Wagon R respectively. The new engines, which are cheaper to make, will drive down the cost of the models.

The new engine is codenamed YP3 and will come in two variants - 2-cylinders and 3-cylinders.

The YP3 will be Maruti's second big launch after it unveiled the KB Series engine on the A-Star in 2008. Currently F8D engines are used on the Alto and Wagon R. The Alto will get the 2-cylinder engine while the faclifted Wagon R will get 3 cylinders.

According to this report, Maruti has already started sourcing components for YP3, and the engines will be installed to the cars by the end of this year.