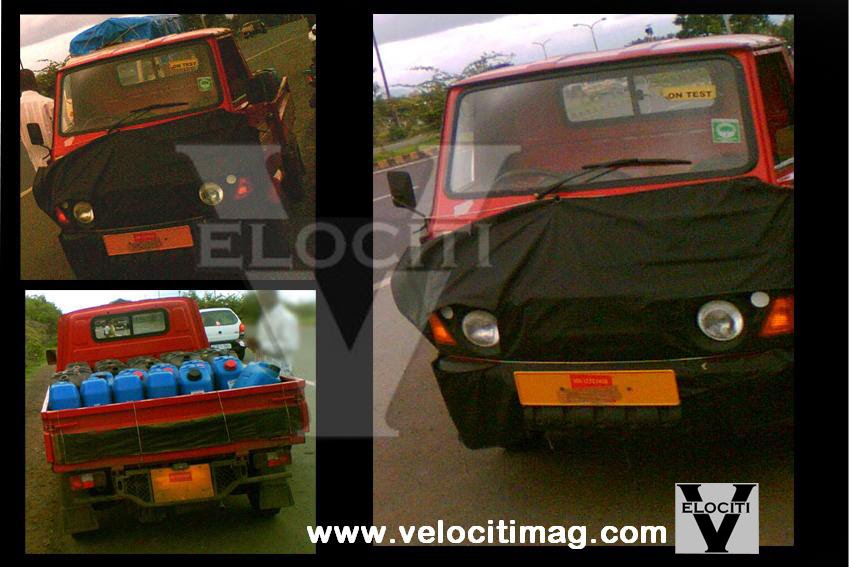 Piaggio India which is finding good success in the LCV market, is developing another commercial vehicle to snatch the volumes of Mahindra Gio and the upcoming Tata Penguin.

The company made in-roads with Ape 360 range and the 1 ton Ape Truk in India and is gearing up for its next launch which looks like it can be introduced any day this week.

The test mules of the half-tonner were spotted during trials in the outskirts of Pune by our friends at Velociti Magazine. The vehicle understandably compact and has smaller dimensions than the flagship Ape Truk.

Some of the things on this vehicle have been borrowed from the Truk, like the in-cabin parts for example. It looks more or less like a mini "Truk."

The half-tonner is expected to have a smaller engine that's cheaper to manufacture. The company's existing inventory will not be left untouched as components of lesser significance will be lifted out of it.

Velociti also speculates on a passenger application of the same platform.