Fresh spyshots of the Skoda Rapid testing in China have emerged on the web today. 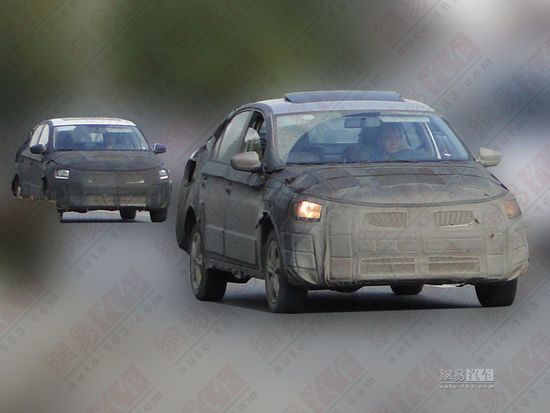 The European version of the Rapid, adapted to Chinese market needs, will be manufactured next year by the Shanghai-Volkswagen joint venture. The Rapid is essentially the same vehicle as two new Volkswagen models launched in China, the Santana, made by the same alliance, and the Jetta (not related to the global Jetta) made by the FAW-VW alliance.

All three vehicles are based on the Volkswagen PQ25 platform, with the same pair of engines displacing 1.4L and 1.6L, pumping out 89bhp and 109bhp respectively. These engines are mated to a 5-speed MT or 6-speed AT. The Chinese Rapid is expected to start at 80,000 yuan (7.03 lakhs).

The European Skoda Rapid was unveiled in Paris 2012 and production began in Czech in October. Skoda explains the Rapid as spacious main family car. The highlight of the European Rapid is the 1.6L diesel engine that won't be sold in China as most big cities forbid diesel technology.

Compared to the Indian market model, the European Rapid's rear opens as a hatch, features a new dashboard, better sound insulation and design touches from the MissionL concept. These changes will be observed on the Chinese Rapid as well.

Soon after the Rapid is launched in China, Skoda will focus on launching a customized Rapid in Russia. The car will be manufactured locally at VW's plant in Kaluga from early 2014.