The Audi Q3 crossover is quoted by Audi as “A coupé-like five-door SUV with seat positions, wheel size, and ground clearance characteristic of a typical SUV”. Here are a few renderings to give you a taste of what they are talking about, and what one can expect at Audi's stands in the 2009 Barcelona Motor Show. 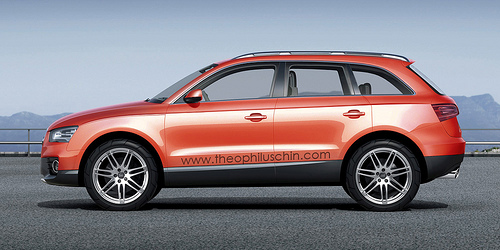 The Barcelona Motor Show will be held from May 9-17. Audi had earlier confirmed that the Q3 will be built at its Spanish production facility in Martorell.