Here are a couple of renderings of the next generation Chevrolet Cruze from Brazilian auto website Auto Esporte. 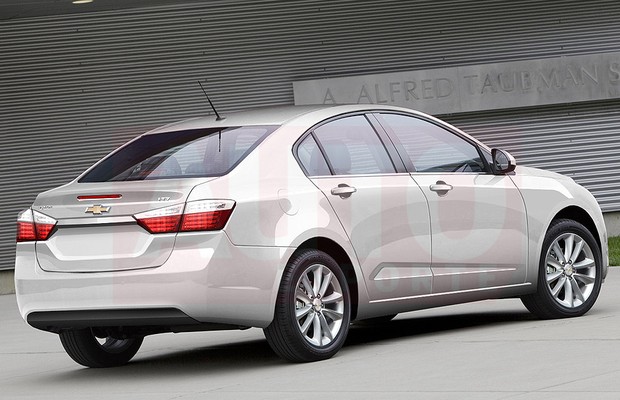 The second generation Cruze is already under development in Germany under the project codename D2SC-N. Some prototypes were also caught testing in the U.S. this year where the brand competes with the likes of the Hyundai Elantra, Nissan Altima and Honda Civic.

While we hope the car looks better than these artistic renders! According to insiders, the design will have have fluid and clean lines and follow the trend set by recent Chevy models such as the Impala and the Prisma. It is expected also to increase in size offering more space for passengers and luggage. The revamped cabin will feature the Chevy MyLink screen with new and improved entertainment features. The current engine options are expected to be carried over into the next gen Cruze with minor tweaks. GM could also use the freshly developed 2.2-liter diesel engine from the Chevy Captiva on the next gen Cruze if customers demand a more powerful diesel engine. Else the current 2-liter turbo diesel is set to continue pairing to AT and MT options, alongside a host of petrol engine displacing between 1.5-2.0 liters.

The next gen Cruze should debut at one of the international auto shows in 2014 and hit production later that year.