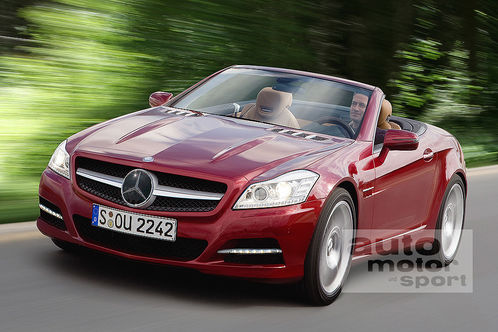 Living in India, you don't get to see many Mercedes Benz SLKs. During my visit to the U.K back in 2006, I remember seeing them running around all over the place. They looked like mini SLR's, with that muscle bisecting the bonnet leading to the 3-pointed star on the radiator grille. The fins, lines, profile and the tail lamps were all SLR. You get what I mean, don't you?

My friend Arman at Motorward tells me the Mercedes Benz SLK is very popular in the U.A.E. He also tells me its too early to talk about its next iteration, the one that'll embark international markets in 2011 and unite with Indians sometime around 2012.

The rendering of the 2011 Mercedes Benz SLK looks like a smaller SL. The SL 63 AMG was discussed earlier, so you can get an idea of what I'm talking about by looking at it. 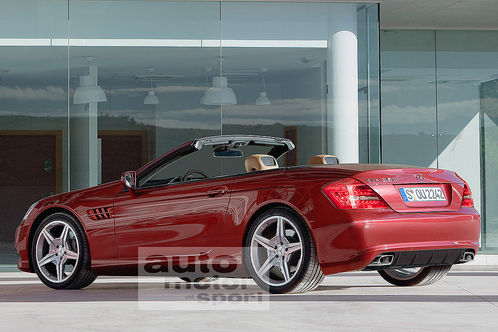 The 2011 Mercedes Benz SLK will be the first SLK to carry a diesel engine. It might not have an AMG version but nevertheless the 250 CDI with 204 hp will give wings to the 2-seater light weight convertible from Stuttgart.