Financial Chronicle has reported that Renault's Sunny twin would be christened Scela. As IndianAutosBlog.com readers would already know, the Mumbai design studio of Renault is working on the Nissan Sunny's front and rear fascias to present it with a personality that is more Indian. The Scela may not be sold in markets outside India. 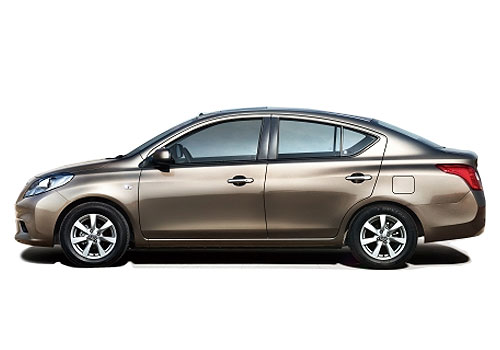 While Nissan has been introducing global cars in India with minimum or no exterior changes, Renault is rebadging and redesigning Nissan cars and selling them as Renaults in the affordable segments. The Pulse was the first product of the rebadging formula.

The Renault Scela would have the Sunny's redesigned front and rear fascias besides having redesigned wheels and different interior shades. No changes are expected on the mechanical front with the 1.5L petrol and diesel engines retained from the Sunny. Renault is likely to make the Sunny look very sporty and sharp, as it did with the Pulse. The Scela is expected to grace showrooms either in November or December.

Renault's next launch however is the Duster before Diwali. The company is testing out several variants in Chennai and is likely to use the same two engines present on the Sunny, for the Indian spec model.