Reported to get automatic climate control.

Renault is gearing up to launch the Duster facelift in the Brazilian market, with media reports claiming a launch later this month. Spyshots of the Brazilian-spec Duster facelift, snapped by Mr. Cristiano Franco, reveal minor changes in comparison to the Euro-spec model.

To begin with, the Duster facelift for Brazil will get the new headlight cluster with integrated LED daytime running lights, and the new grille. However, to give the crossover a more rugged appearance, Renault have opted for a different front bumper with a large silver skid plate.

While a skid plate is part of the optional accessories list for the Duster, as seen in the images above, Renault of Brazil have opted for an all-new design.

While the rear of the Duster facelift is not clearly visible in these images, we see enough of the taillights to know that they're different from the Euro-spec model. While the cluster design remains the same, the internal order (brake light, indicator and reverse light) seems to have changed on the Brazilian Duster facelift. 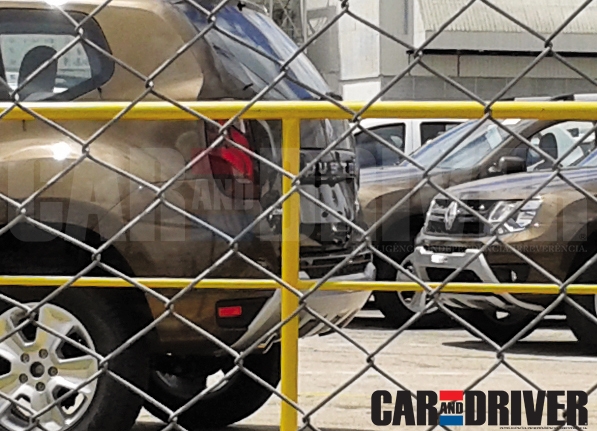 Car & Driver Brazil report that there will be mechanical changes as well as a 5-speed automated manual transmission will be seen on the 1.6-liter variant. Furthermore, the Brazilian Duster facelift is reported to get automatic climate control, a first on the Duster anywhere in the world.

For the Indian market, Renault India is expected to launch the Duster facelift by the end of this year, if not in early-2016.