Audi’s current halo car the R8 isn’t quite befitting to sit on the throne. The Audi R8 competes against the likes of MP4-12C, Porsche 911, Ferrari 458 Italia et al. Notice something common in the competition? None of them are really halo cars for their respective brand. 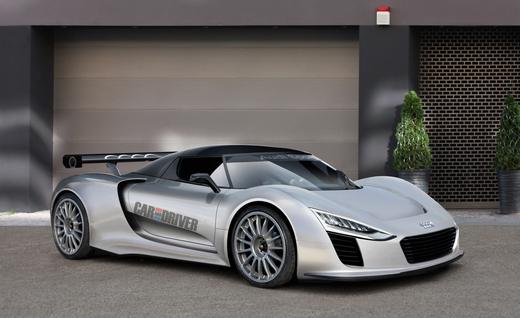 The boys at Ingolstadt are busy working on a new halo car for Audi. Tentatively called the Audi R10, the new halo car is being developed to showcase Audi’s Le mans winning technology on the road. Here are all the details of the Audi R10 –