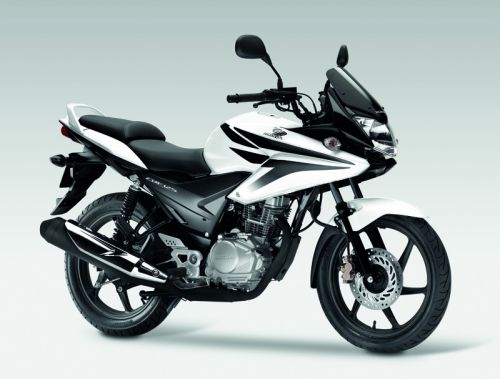 The Honda CBF Stunner gets a new color scheme in Europe. Perhaps it will await us at the Expo '10?

Honda, earlier in this month, launched a new white and black color scheme for its CBF 125 (known as CBF Stunner in India) in the European market. The CBF 125 was launched last year to replace the old CG 125 in the Europe.

The White-black paint scheme looks attractive and it wouldnt be a bad move to launch this color scheme in India as well. As we all know that the CBF-Stunner in the 125cc segment,  is popular among the youth. This color scheme would provide another reason for the people to go for this bike in its segment.

So lets wait and watch if this color arrives in India as well, may be we'll see it in 2010 Auto Expo?