The first facelift for the second generation Mercedes B-Class has been spotted testing in Germany. The vehicle, codenamed W246, is reported to make its world debut at the Paris Motor Show this October. 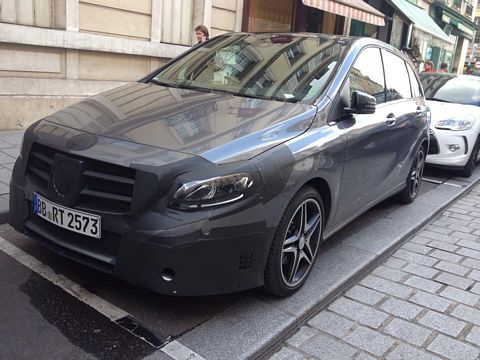 A report on blog.mercedes-benz-passion.com says that the hatchback will get bi-Xenon headlamps and a headlamp cleaning system. The spyshots show that only the headlamps and taillights have been camouflaged. As an option, the report says, for the first-time in this Class, Mercedes will offer LED headlamps. 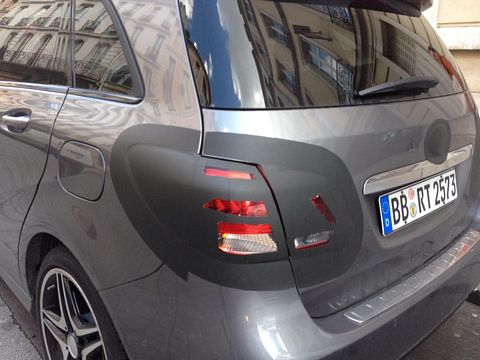 Apart from the projected changes to the lighting systems, the report says that the hatchback could receive variants fitted with Mercedes' 4MATIC system. The navigation system is also reported to get an update. 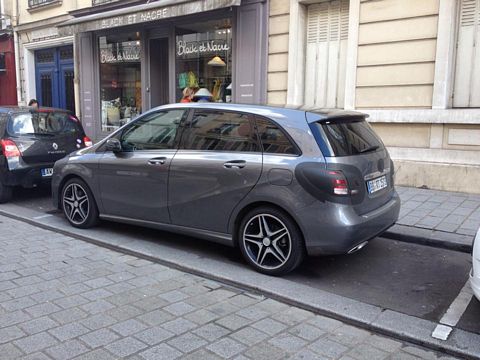 The hatchback, marketed as a 'sports tourer' has been a success for Mercedes-Benz all over the world, with 1 million units being sold as of December 2013. The B-Class has also been a decent seller in India, with the petrol model being launched in September 2012 and the diesel variant in July 2013. 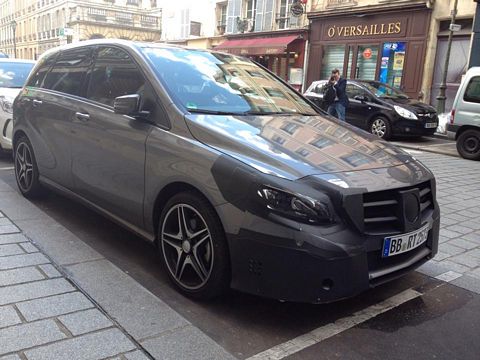 The B-Class is powered by a series of engines ranging from a 1.5-liter to 2.2-liter in diesel and 1.6-liter to 2.0-liter in petrol. The second-generation Mercedes B-Class was launched at the Frankfurt Motor Show in 2011. 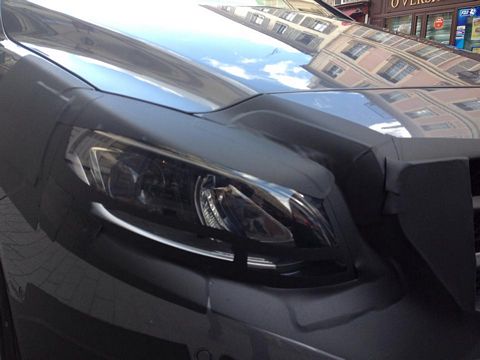 While the report says that the car would officially be launched in November, the bookings are reported to open in June in Europe.