The Maruti Swift RS was launched last week to celebrate the 960,000 Swifts currently plying on Indian roads. This special edition Swift does not celebrate that number, but it begins the celebrations to the impending 1 millionth Swift. Now a lot of you wrote in with mixed responses after seeing the single image in the story. Many fancied a more powerful engine for the Swift (something like the 1.4-liter as seen on the Ertiga) but we don't think Maruti would do such a thing. Small car restrictions in India would require them to have a petrol engine displacing 1,200cc or lower. While Toyota has made the bold move to introduce the 1.5-liter petrol in it's Liva hatchback, for the immediate future there seem to be no plans for a hot Swift. As a result, you might as well take a look at this RS edition and the added brochure images we have should give you a better idea. On the outside, the Maruti Swift RS features what Maruti says is a 'three piece body kit'. You get 'rally inspired' front and rear bumpers along with a rear spoiler (which accounts for most of the INR 24,000). The wheels are not alloy, in fact, they're the same as the regular VXi/VDi Swift but they are colored in black. 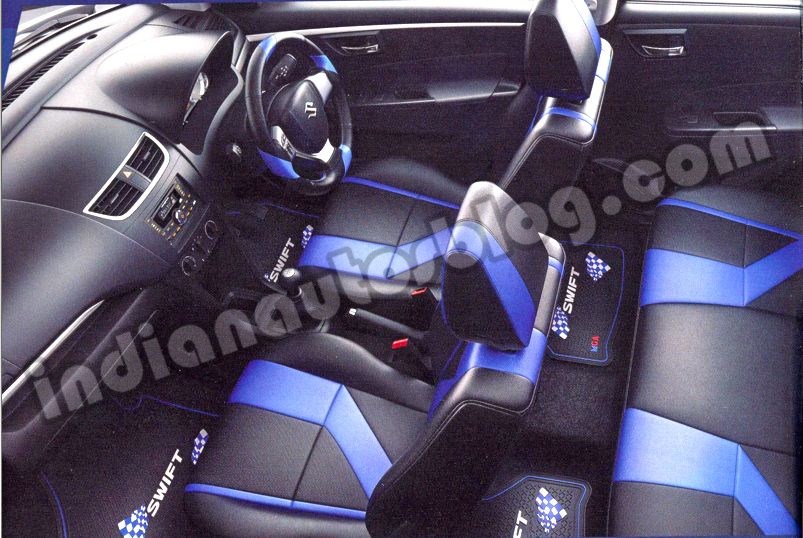 Inside, the RS edition gets artificial leather seats aping the color theme of the exteriors. An illuminated door sill guard, a steering wheel cover and some RS branded floor mats are the additional features.

On the features front, the RS gets a music system (which looks like the Nippon used in the Mahindra Quanto/Verito Vibe) which plays USB apart from CD and AUX-in. It comes along with 2 speakers. Electrically adjustable ORVMs are also included. 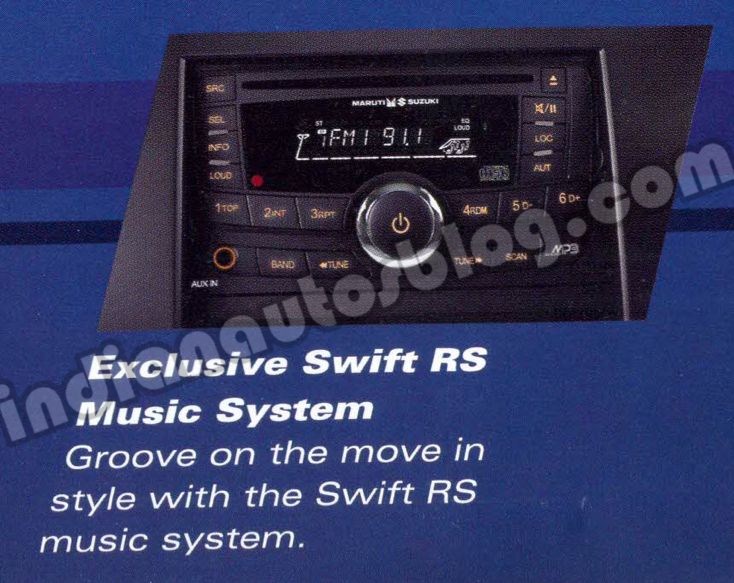 The INR 24,000 that you pay extra is certainly justified. But whether the Swift RS suits your personal taste is completely subjective.

Page 2 has the complete image gallery.