Maruti Swift modded to look like a Nissan GT-R

O2 Garage has modded a Maruti Swift to resemble a Nissan GT-R from the front. It wouldn't have been "too on the nose" if the GT-R badge wasn't present. Other than GT-R inspired fascia, the body kit also has a new bumper with integrated LED strips, and a front lip spoiler. The engine hood has a faux intake, the front fenders are re-designed and accomodate large 17-inch dual tone alloy wheels wrapped with low profile tires. O2 Garage has also equipped an electric sunroof, which is not even an option in the Swift. As for the rear, it has a fixed wing, new bumper with faux air outlets, quad exhaust pipes and blacked-out pair of taillamps.

Under the hood, it's certain you won't find a the GT-R's 3.8L twin turbo V6 motor. Instead, it would be the 1.2-liter K-Series petrol engine developing 84.3 PS and 115 Nm of torque, or the 1.3-liter DDiS diesel engine delivering 75 PS and 190 Nm of torque. Both engines come with a 5-speed manual gearbox as standard. 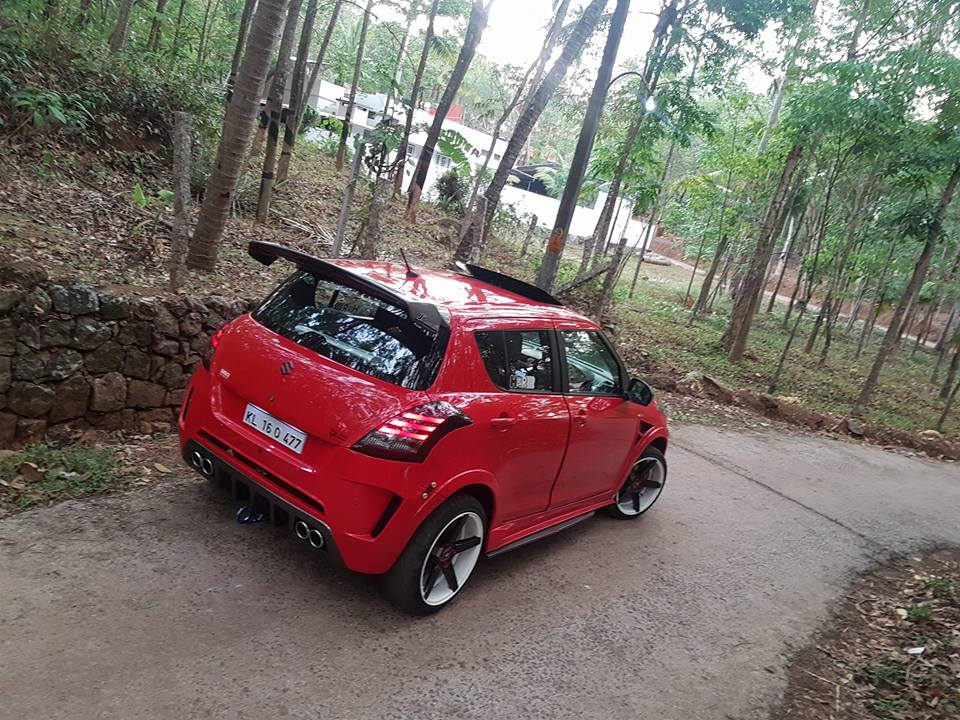 In related news, Maruti Suzuki will introduce the all-new 2018 Maruti Swift, reportedly, at the Auto Expo on February 9. Another report said that MSIL would commence production of the new Swift this October to build up enough inventory before the price announcement.