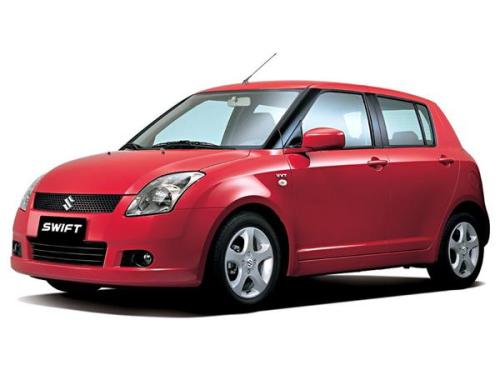 Maruti Suzuki Swift has sold more than 4.5 lakh units in the last five years. The Swift has been one of the biggest success stories of Maruti Suzuki India Limited. The arrival of the Swift was highly anticipated and even before its launch on March 25, 2005 Maruti Suzuki registered 16,000 confirmed bookings.

The high demand for the Swift forced Maruti to produce the Swift overtime at both the Gurgaon and Manesar plants. The funky looks and Maruti's brand image were the main driving factors behind the brisk sales of the Swift. When Maruti introduced the 1.3L DDiS diesel engine sales numbers shot up through the roof. Maruti has been regularly adding something new to car and also recently plonked in the 1.2L K-series engine into the Swift.

Thanks to all these factors, the Swift frenzy among car buyers hasn't come down a bit with the Swift selling close to 10,000 units per month even with a waiting period of 3 months for the petrol variant and 4 months for the diesel variant.

Maruti Suzuki then launched the exclusive for India, 'booted' version of the Swift, the Swift Dzire which is now rooling the roost in the lower C-segment. The Dzire sold a lakh units within a span of 18 months since its launch.

The next generation Suzuki Swift is being tested in Europe and we expect Maruti Suzuki India would launch the next gen version in India Soon after is International launch. The new Swift will grow up having bigger dimensions, newer technology and more powerful engines.