Maruti Suzuki A-Star gets a comprehensive facelift in China

The Maruti Suzuki A-Star is sold by many names internationally. Some refer to it as Nissan Pixo, others call it the Alto and some others Celerio. 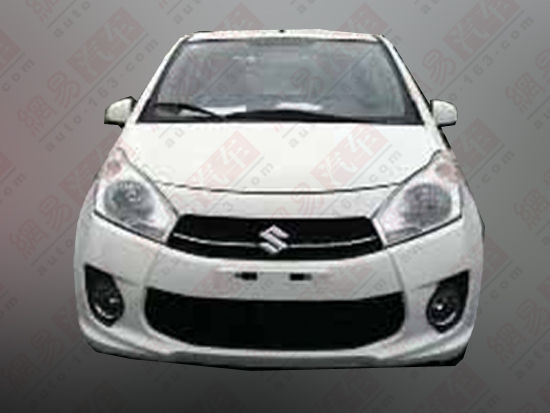 Essentially the A-Star (Alto Star) is the latest generation Alto. In India, two generations of the Alto are sold side-by-side.

So now the A-Star has received a comprehensive facelift in the land of the dragon. The front fascia is completely different from the outgoing model. The headlamps are sweptback, the quadrangular grill is much wider and a single chrome slat houses a Suzuki emblem. The front fascia is designed in such a way that one could mistake it for Hyundai.

The side profile has not changed at all. However, the Alto facelift does get redesigned alloy wheels. Coming to the rear one can see extremely gorgeous tail lamps, a redesigned rear bumper with two distinct carvings on either side, somewhat like the Renault Pulse. No changes have been made to the mechanicals. It will be powered by the same 1.0L K Series engine mated to a 5-speed manual or a 4-speed automatic.

This does not necessarily mean that facelift will traverse borders to India or Europe. China, being such an important market, gets its own facelifts, LWB editions and even all-new products which are not allowed to leave the country.

The A-Star was recently launched in India with refreshed interiors and split seats. We do not see Maruti Suzuki replacing the A-Star anytime soon with this facelift. Currently, the largest Indian automaker is focusing on a new 800cc model which is due in December 2012.

So yes, this facelift is not destined to India anytime soon. But did you like it to come to India?