The Mahindra XUV500 has been the flagship offering from Mahindra for quite sometime now. It has been a massive hit in India with sales of over 50,000 units in about 16 months from launch.

The XUV has certainly given its rival, the Tata Aria a very hard time. However, it seems as though Mahindra itself is feeling the heat of the lackluster scenario prevailing in the Indian auto market. 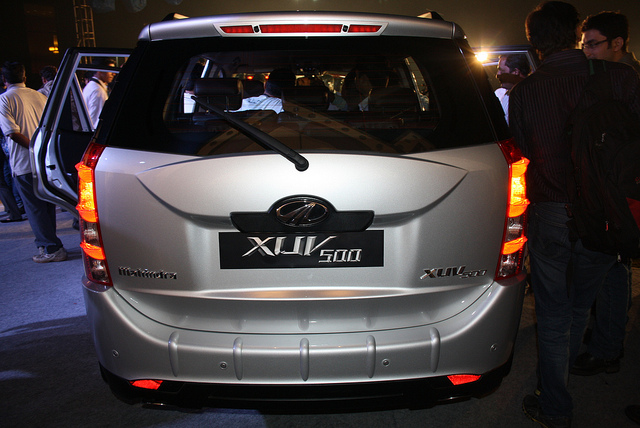 Team BHP reports that Mahindra is considering to launch a new low end variant (reportedly called the W4) to the XUV lineup, in an attempt to boost sales. Sales of the XUV went down from 3,721 units to 2,253 units over the January - February period.

Right now, the XUV range starts from about 12 lakhs (ex-Showroom, Mumbai) for the base W6 variant. Expect Mahindra to cut down features like rain sensing wipers, automatic headlamps, automatic temperature control AC and even the 6-inch multimedia system could be replaced with something low tech.

Fact that the XUV had teething problems such as the spongy and poor brakes has not helped the sales as well. Though we hear that Mahindra has improved upon this, it remains unverified.

When asked if a cheaper petrol engine was being considered for the XUV, Dr. Pawan Goenka, President of Mahindra automotive dismissed the idea.

However, our sources have told us that Mahindra could also be planning for a variant more premium than the current W8 with features such as a sunroof being added.