More images of the 2012 Honda Civic spied on the car carrier trailer were posted by Noticias Automotivas. The ninth-generation 2012 Honda Civic looks practically the same as the Civic sedan concept revealed during the North American International Auto Show this past January. The concept had mesh grilles, smoked headlights and softer lines. The production model sports chrome bars, clear lens headlamps and slightly aggressive lines. There is a hint of Honda City in every angle of the new Civic. 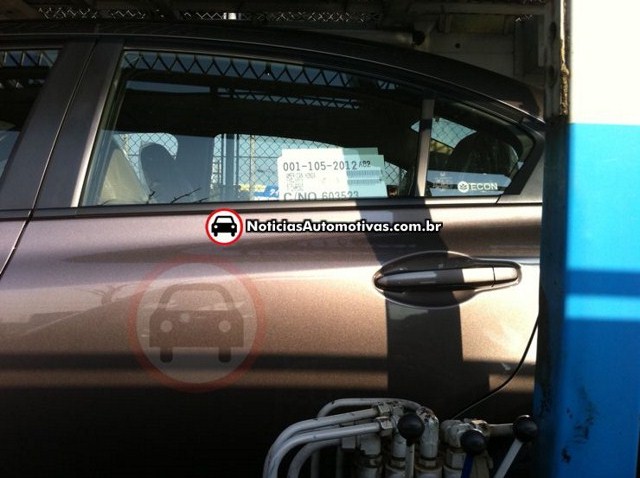 We are not sure about what will go under the hood, but international media reports claim the same 1.8-liter petrol unit will continue its life on the new Civic. Natural gas variant and hybrid variants will also be part of lineup. For India, Honda needs the services of a diesel engine urgently. The fact that the entire competition has lined up diesel variants reiterates the need for cheaper fuel in segments beyond B and C. Honda is working on a compact diesel engine for Jazz, City and Civic and they must hit the market in 2012. Will the new Civic debut with the diesel heart?