The Lamborghini Urus has long been speculated to feature a turbocharged engine unlike any other currently sold Lamborghini. Turns out, the speculation was right. Lamborghini CEO Stephan Winkelmann and R&D Director Maurizio Reggiani have confirmed that the Lamborghini Urus will sport a 4.0-litre twin-turbocharged V8 engine, as per a report from Autocar. The sports crossover is expected to be based on the Volkswagen Group's MLB Evo platform that currently underpins its luxury sibling Bentley Bentayga as well as the more affordable Audi Q7.

A turbocharged engine will better suit the Urus crossover than the naturally aspirated V10 and V12 engines of the Lamborghini Huracan and Lamborghini Aventador, the report suggests. The core benefits of a smaller, turbocharged engine are lower CO2 emissions and better fuel economy. Additionally, weight savings and extra power also results in a better power-to-weight ratio. Moreover, there's plenty of low-end torque available, something very essential for off-roading.

Mr. Winkelmann told the British publication that offering a turbocharged engine will be “a major step” for the company. He has already driven an early prototype of the Urus and finds the performance to be impressive. “In early autumn I drove a prototype for the first time on a racetrack and the performance was great," he said.

“I was astonished; it was more than any of us expected, which is a car that is very powerful but easy to drive, with very good handling, and also in terms of driveability and comfort, it has a limousine feel in an SUV. This is very important to us." 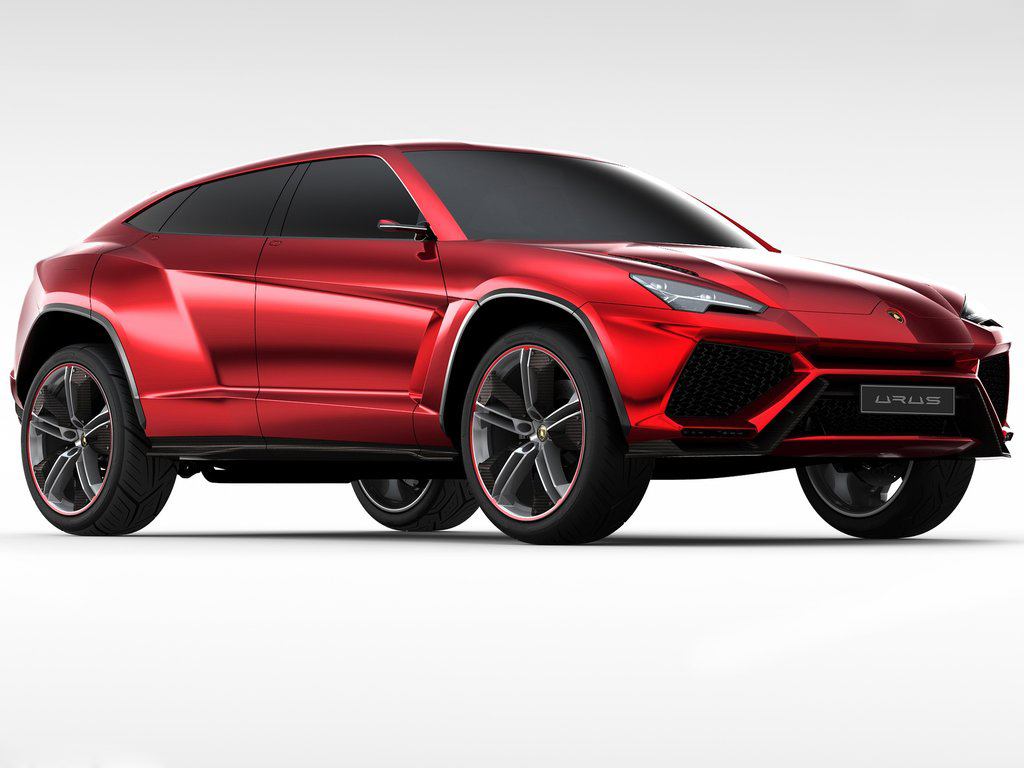 “It will be a true Lamborghini because it will be the fastest among the SUVs. We will have the most powerful engine and will have the car that is going to be a real super sports SUV. It has to keep the balance between matching the DNA of the brand, that is being a car that is really driveable and also have a lot of off-road capability, but the driving on the roads is much more important.”

The CEO also said that exterior design is almost done and suggested that it's only a little far from the concept, saying that "There are minor adjustments." The production version is roomier and has a more evolved design compared to the concept. A plug-in hybrid powertrain may be offered as well, and so, the production version is being engineered in a way that it can fit a battery pack and electric motors. 4WD will be standard and there won't be an option for rear-wheel drive.

Mr. Reggiani indicated that the reason a turbocharged engine was decided for the Lamborghini Urus was that it can provide the right level of acceleration needed to "move as quickly as possible" and ample torque required "in an off-road situation to have the ability to come out of a critical situation easily".

"The engine must be light and powerful and with the capability with this torque at low revs to allow the car to be ‘elastic’ in every type of condition,” Mr. Reggiani said.

“On the track the car was able to demonstrate all of those capabilities in terms of the engine and the chassis control. Next spring we will be able to fully assess the off-road capabilities of the car.”

The 4.0-litre turbocharged engine that will power the Lamborghini Urus is not being offered in any other car. It's exclusive to Lamborghini. The Lamborghini Urus will be built at the Italian automaker’s Sant’Agata Bolognese plant starting in 2018. Its key target markets will be USA, China, the Middle East, the UK, Germany and Russia. Only around 3,000 units of the high performance crossover will be built annually. The production volumes will be distributed among three regions - Europe, the Middle East and Africa (EMEA), the Americas and Asia-Pacific.

The Lamborghini Urus will likely be launched in India too. At the local launch of the Lamborghini Huracan LP580-2 (Huracan RWD), Lamborghini India Head Pavan Shetty was asked about the exotic crossover's potential for India.

"I can tell you that it is very relevant for the Indian market because Indian customers like big size, and it will be a perfect combination of a sports car experience with an SUV, which an Indian customer would really like."