The KTM 1290 Super Duke is the biggest and the baddest of the hooligans given birth by the Austrian two wheeler stalwart. 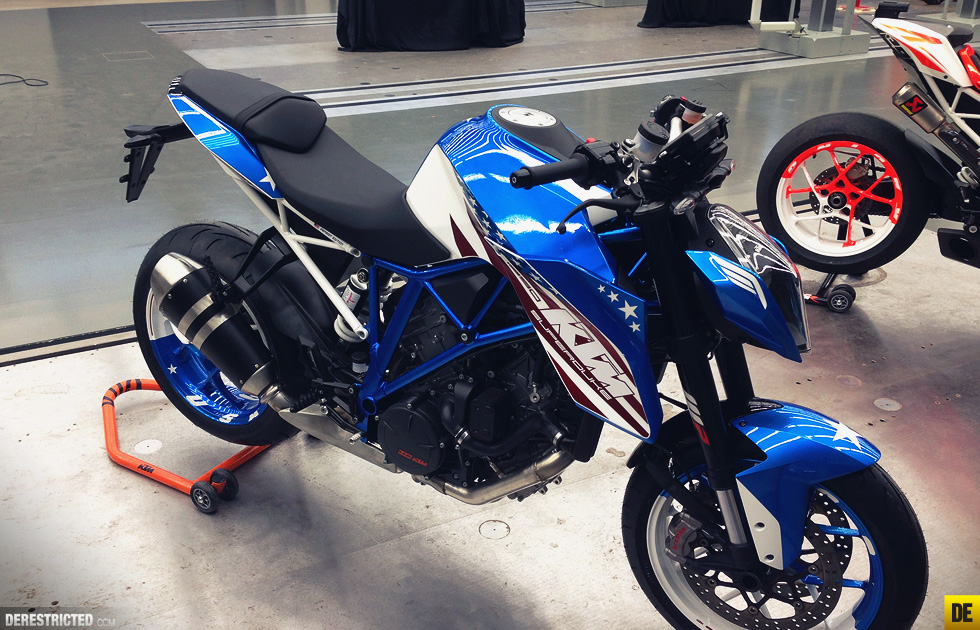 The concept version of the naked superbike was showcased at last year's EICMA Show in Milan. The production version will grace this year's EICMA which is scheduled to take place between 7th-10th of November. The engine and specifications will be revealed then. Well, you needn't wait that long to have a look at the bike. Here are some images of the Super Duke 1290 which was previewed to the US dealers at an event in KTM's HQ in Austria. The images are courtesy of Derestricted.com. What you see here is a Super Duke 1290 in a special livery for the US. In contrast to KTM's traditional orange and black paint theme, the spacial livery is all about blue and white. The fuel tank decal depicts the American national flag and there is also an eagle emblem before the fuel filler cap. 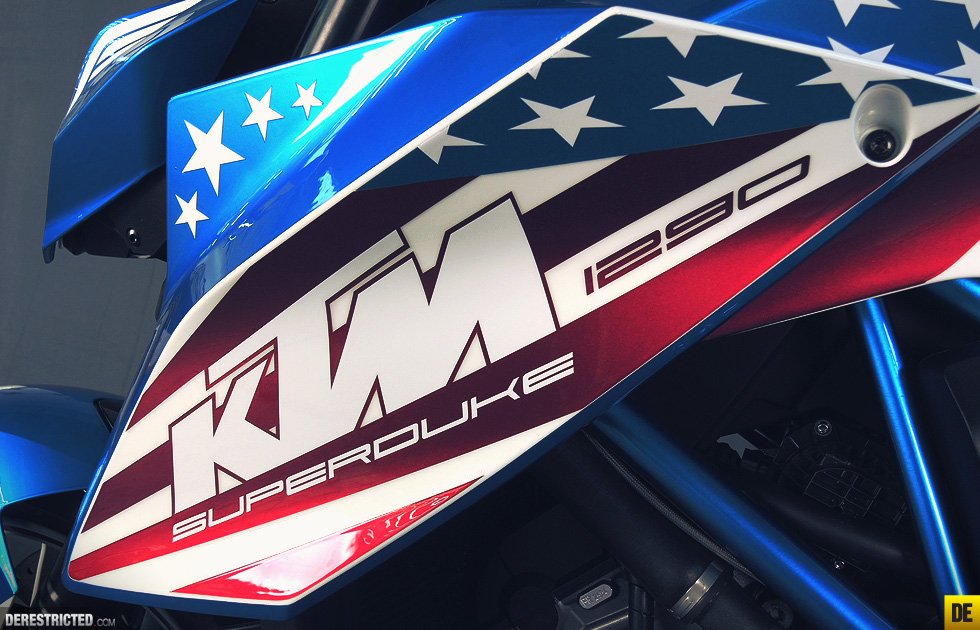 The wheels are also painted in blue and white with lettering "USA". Livery aside, the production version of the bike is almost similar to the prototype save for few changes.

The immediately noticeable change is the headlamp which adopts a sharp and edgy styling. The rider saddle is bigger than the prototype and the production model has a pillion seat. Another important change is the silencer which follows the conventional trajectory outside the chassis (The prototype has a small and much shorter unit). Blog.derestricted.com reports that the bike will be reaching dealerships worldwide by December this year. KTM India is following a bottom-up approach and is not likely to launch the Super Duke 1290 here anytime in the immediate future.